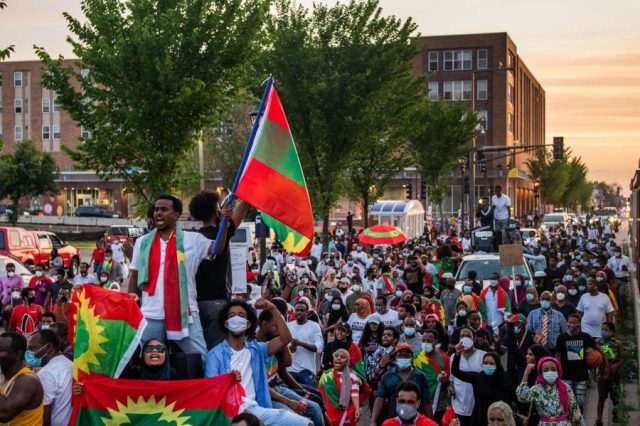 At least 166 people were killed in Ethiopia after a popular singer’s death sparked violent protests which resulted in riots in the country’s Oromia region and capital Addis Ababa, police sources said Sunday.

Police in Addis Ababa said Tuesday that 10 people was killed in the riots, including two police officers.

Hachalu Hundessa, a singer who focused on the rights of the country’s Oromo ethnic group and became a popular voice in a wave of protests that led to the downfall of the previous prime minister in 2018, was shot dead by unidentified gunmen on Monday.

Following his death, huge protests erupted in Addis Ababa and Oromia region, the homeland of the Oromo people.

According to media reports, the authorities have shut down the internet in parts of country to curb the spread of the protests.

About 2,200 people were arrested on suspicion of involvement in the riots, government sources said, adding that the protests and riots had been under control as of Saturday.