When in the first week of July seven continental development banks gathered at the behest of the World Trade Organisation (WTO) and the International Finance Corporation (IFC) at an online summit to discuss how to support global trade through financing to shore up world economic strength during and after Covid-19, the African Development Bank (AfDB) was there.

Africa wasn’t lacking at this forum as is always the case where the global economy is discussed among major world bodies and stakeholders.

The banks pledged a total of US$14.16 billion for the project. Yet, the AfDB was still not lacking to speak for Africa and how trade would flourish in the continent during the same crises period for the world economy. For the trade support to achieve the agenda, the AfDB pledged US$1 billion trade lifeline for African countries.

Take a stock of events since the year began and the world plunged into crises over the Covid-19 pandemic and observe that the AfDB has been moving in a direction not so common in Africa. I don’t think there is any other reasonable way to assess this body that is fast evolving into a wonder, but tagging it the face of new Africa and what right thinking Africans have always dreamed that Africa should be.

AfDB gives hope that if only managers of institutions and countries in Africa would deliberately make up their minds to do things right, there is no impossibility about turning things around for the continent.

From its initial US$10 billion Covid-19 fund announced some months earlier when the pandemic started hitting Africa hard, it has extended lifeline to all African countries and members of the bank at a most trying time.

The disbursements and approvals have been so strategically channelled that they touch on core areas of subsistence of the people, even the poorest, including agriculture, the SMEs, water supply, sanitisation, medicare, energy and many more.

Working with reliable data and clear cut policy, AfDB had predicted that the impact of the pandemic would drain the laggard African economy of between $22.1bn and $88.3bn, therefore the compelling need to steady her steps in the different countries to stem the worst from happening.

The positive wind started blowing a little before the pandemic erupted when the bank in January released a budget and project to assist create jobs for 12 million African fresh graduates produced every year, among which the AfDB said only three million or 25 percent find jobs.

Likewise, the bank sustains a phased intervention in various important areas and countries. There have been very robust and timely actions that as at the end of June, 2020, AfDB’s approvals for assistance had included all regions and countries of Africa.

Responding to food emergency, the bank on July 3, issued a statement that: “The restrictions many African countries have imposed on movements across internal and external borders are adversely impacting food production systems, as many processing plants shut, slowing or halting the food processing chain. Food safety, already precarious in many African countries, is likely to be further compromised.

As part of its COVID-19 Response Facility (CRF), the African Development Bank designed a Feed Africa Response to COVID-19 (FAREC) to address specific issues faced by the agriculture sector.”

Two days after this, the bank also released fund to Libya and published on its website that: “The Board of Directors of the African Development Bank have approved a grant of $480,000 to Libya under the Special Relief Fund (SRF) for the procurement of much-needed personal protective equipment (PPE) intended for treatment of cases of infection of the novel Coronavirus. The Bank’s funding will contribute to supporting the country’s national Response Plan for COVID-19.”

Ethiopia had already got her support on July 3 as the bank announced that it: â€œApproved a grant of $165.08 million to support Ethiopia’s response to the health and economic impacts of the COVID-19 pandemic, including helping to ease fiscal pressures on the economy. The grant, awarded from the country’s ADF-15 Performance-Based Allocation, will help bolster Ethiopia’s COVID-19 National Emergency Response Plan (NERP)”

AfDB wasn’t done, as more incentives were extended to the countries in the Horn of Africa as it announced on its website, â€œgrants totalling $9.52 million to strengthen responses to the COVID-19 pandemic in East Africa and the Horn, and in the Comoros.

The grant, approved on 26 June, also drew from the $10 billion COVID-19 Rapid Response Facility (CRF) approved by the Board of Directors in April 2020 and complements the Bank’s direct support to regional member countries across the continent. The beneficiaries are Burundi, Comoros, Djibouti, Eritrea, Ethiopia, Somalia, Kenya, Rwanda, South Sudan, Sudan, Tanzania and Uganda.

June 26 was the turn of Gabon with an amazing 100,5 million Euro budget approval for the same objective of helping the country pull through the Covid-19 crises era and remain afloat thereafter.

On June 25, it looked in the direction of southern Africa and doled out US$8.9 million to the Southern Africa Development Community (SADC) while separately approving another US$683,000 to Sao Tome and Principe to empower them battle the same challenge.

During this testy period, the government of Seychelles had amended its budget as the reality of the hardship took a deeper bite. But the largesse of US$10 million from the AfDB to the country on June 23 returned the wind to her sails, lifting her spirt to keep on.

The US$3 million loan to Togo was to boost agriculture and food security through the supply of basic farming necessities like fertilisers to make sure the country produced enough food to help her survive the Covid-19 days and the aftershock.

But for the US$4.1m the bank extended to South Sudan in the same June, it would have been a great surprise and miracle for the country to pull through with health emergencies and facilities to handle the outbreak given its lean resources and unpreparedness. And of course, no country was actually prepared for this onslaught.

Quite worthy of note is that every country approached the bank according to its peculiar challenges. And to Egypt, the major issue was improved electricity and that was the reason the bank doled out a loan of 225m Euro to the country.

AfDB said about the fund to Egypt that: “The funding, provided in a challenging global context, will help meet the government of Egypt’s financing requirements in the light of the COVID-19 pandemic, and support a sound electricity infrastructure base, a key enabler for the private sector and for the country’s competitiveness.”

The ECOWAS countries of Mauritania, Niger, Chad, Mali, Burkina Faso together got US$10 million lifeline to assist them stay afloat during the Covid-19 struggle, just as the host country, Cote d’Ivoire had US$75 million support.

Nigeria, the principal shareholder of the bank with commanding 9.2% shares on June 5 had its anti-Covid-19 efforts bolstered with a loan of US$288.5 million.

From Cameroon to South Africa, Morocco to Ghana, Somalia to Tanzania and Angola, no country in Africa hasn’t felt the positive impact of this continental development bank that today has assumed a wonderful face for Africa and looking like the real identity the continent needs to forge ahead.

The management of the bank led by Dr. Akinwunmi Adesina, former Nigerian agriculture minister in the days of President Goodluck Jonathan has at this trying time for Africa and the entire world, coupled with the continent’s weak economy and very poor and decadent public healthcare system, shown that something good can come from an African public institution.

It’s just wonderful to remember how the African Development Bank has saved African countries the traditional shame of walking around cap in hands begging to be assisted to live till tomorrow.

As the governments from the various countries draw strength and impetus to survive from the AfDB, all made possible by prudence and diligence, it would be right for the governments to think of a way of managing their countries like the bank.

If they adopt the standards and sound policies of the bank, Africa would have a different story from the old decay, to tell very soon. 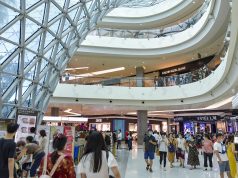 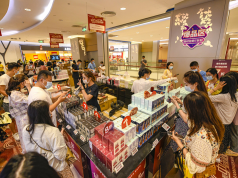