Tanzania’s Vice President Samia Hassan on Saturday inaugurated a week-long agricultural exhibition show in the country and urged farmers to use the show for revolutionizing the sector.

“The agricultural show should be used as a platform for acquiring knowledge and skills for boosting productivity in agriculture, livestock and fisheries,” Hassan said when she officially opened the show in Simiyu region.

The Nane Nane National Agricultural Exhibition Show is a week-long annual event that starts from Aug. 1 to showcase new agricultural technologies, ideas, discoveries and alternative solutions that will help to improve the agricultural sector in the country.

Hassan said at the opening ceremony that the agricultural sector had remained one of the country’s economic development pillars.

The Vice President said the government has introduced farmers’ registration system aimed at identifying the exact number of farmers for making decisions on their needs.

“By July 2020, 1,325,799 farmers have been registered under the system,” she said, adding that food production went up during the past five years, making the country food self-sufficient.

However, the Vice President said the agricultural sector in Tanzania was facing a number of challenges, including the impact of climate change and lack of markets. 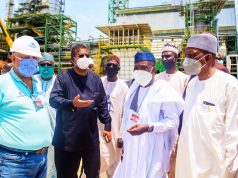 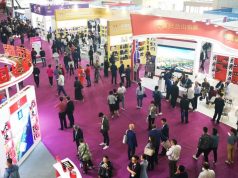