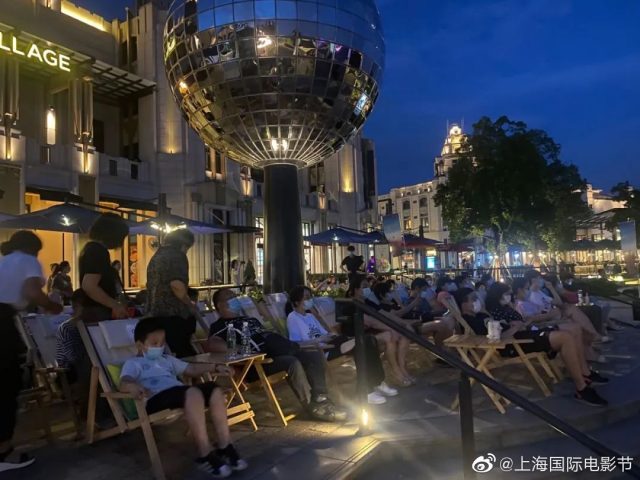 The 23rd Shanghai International Film Festival (SIFF) was held from July 25 to August 2 in Shanghai, with both online and offline activities, which marked a major innovation in the history of the event.

This year’s SIFF highlighted the theme “reunion” on its poster, indicating that the film industry is trying its best to ensure the reunion between audiences and movies and boost confidence in the industry.

Movie theaters in low-risk areas across China have reopened since July 20, when the tickets for the 23rd SIFF were released. Since movie fans have been eager to enjoy a movie in a cinema for so long, all the tickets were immediately sold out.

According to relevant requirements for epidemic prevention and control, audiences were asked to have their body temperature taken and recorded before entering the auditoriums and wear face masks the whole time during the screening.

A 15-minute opening ceremony of the 23rd SIFF was held on the morning of July 25, followed by a summit of the Chinese film industry.

The SIFF is the only A-category international film festival in China. This year’s event has had a huge influence on the film industry at home and abroad, boosting morale and pooling strength for the resumption of work and production in China’s film industry.

Activities of this year’s SIFF were adjusted to China’s regulations on epidemic prevention and control, cancelling certain activities that involve congregation, such as the red carpet and award presentation ceremony.

The event recognized the outstanding achievements of Chinese and foreign film industry during the past year by announcing the titles of the officially selected movies.

A number of Chinese and foreign heavyweights in the film industry were also invited to give lectures and communicate with filmmakers via online platforms during the 23rd SIFF.

The 23rd SIFF innovated its film panorama section, showing movies in auditoriums, outdoors, and on online platforms, for the attendance per show must not exceed 30 percent, according to a document on the resumption of business in movie theaters during the normalized epidemic prevention and control released by China Film Administration.

The movies shown outdoors were all provided for audiences for free based on real-name reservations. Besides, strict epidemic prevention and control measures were taken to ensure people’s safety at all sites screening movies outdoors.

The number of seats at each site was restricted to 100, and audiences were asked to keep a distance of at least one meter from each other. Besides, body temperatures and health QR codes of the audiences were checked before they entered the sites.

The 23rd SIFF and the 26th Shanghai TV Festival (STVF), which was held from August 3 to 7 in Shanghai, made joint efforts to facilitate the exhibition of works as well as communication and negotiations between exhibitors by sharing online platforms with each other for the first time, helping Chinese and foreign companies and organizations in the film and television industry take part in the two events in a more efficient and convenient way.