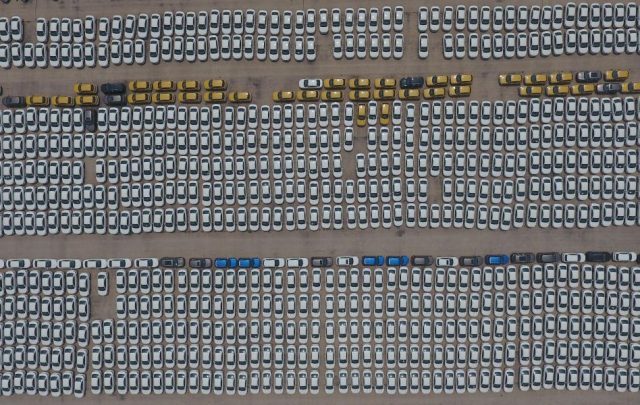 China’s economy is on track to a V-shaped recovery by returning to the pre-outbreak level, economists said, citing burgeoning signs of work resumption, industrial chains, and services sector.

— The recovery of the world’s second-largest economy is expected to boost the pace of other economies’ restoration, as China has proposed a new development pattern of dual circulation, which underscores the domestic market as the mainstay while domestic and foreign markets can boost each other.

— China’s economic rebound is expected to further consolidate in the third and fourth quarters with a 2.5-percent to 3-percent year-end growth with more stabilizing measures and policy incentives.

BEIJING, Aug. 9 (Xinhua) — China’s economy, as shown by multiple mid-year indicators, has ridden out its downturn due to COVID-19 strains and bounced back to growth in the second quarter (Q2). Economists believe that the country’s V-shaped recovery is only getting started.

BACK IN THE GAME

“China’s economy has gradually emerged from the slump and returned to the level it was roughly at prior to the outbreak, backed by the stimulation that has delivered burgeoning signs of work resumption, industrial chains and services sector,” said Shao Yu, chief economist at Orient Securities.

Latest data showed that the purchasing managers’ index (PMI) for China’s manufacturing sector rose to 51.1 in July from 50.9 in June, remaining in expansion territory for the fifth month in a row, indicating stronger confidence of market entities.

His point was echoed by Steven Zhang, chief economist at Morgan Stanley Huaxin Securities. “China has its institutional advantages that enable a more agile and rapid response to public safety emergencies like COVID-19.”

The prompt introduction and implementation of an array of measures, including higher fiscal spending, tax relief and cuts in lending rates and banks’ reserve requirements to revive the economy and support employment, according to Zhang, is one of the major reasons behind the Q2 positive growth.

As recent data showed that China’s imports from emerging countries increased significantly, the recovery of the world’s second-largest economy is expected to boost the pace of other economies’ restoration, according to Zhang.

In H1, China’s trade with ASEAN went up 5.6 percent year on year to 2.09 trillion yuan (about 301.12 billion U.S. dollars), while that with countries along the Belt and Road (B&R) accounted for 29.5 percent of the total trade, up 0.7 percentage points year on year.

Zhang said that trade between China and other parts of Asia, B&R countries and ASEAN is expected to further expand as the spillover effects will be more notable due to shorter distance and lower logistics costs.

To mitigate the impact of the COVID-19 outbreak, China has been investing heavily in infrastructure projects through local government bond issuance, which is expected to buoy demand for bulk commodities in the global market, thereby benefiting B&R countries, as major bulk commodity exporters, Zhang noted.

“Such effects came in as a demonstration of the new development pattern, or ‘dual circulation’, proposed in last week’s meeting of the Political Bureau of the Communist Party of China Central Committee, which underscores the domestic market as the mainstay while domestic and foreign markets can boost each other,” said Zhang.

“China’s economy has mostly ridden out the COVID-19 blow and is entering a V-shaped rebound trajectory,” said Zhang, forecasting the recovery to further consolidate in the third and fourth quarters with a 2.5-percent to 3-percent year-end growth.

In the backdrop of the economic rebound, last week’s Political Bureau meeting stressed ramping up nationwide efforts to foster new opportunities amid challenges and make new advances amid changes.

As one of the key forces driving economic growth, consumption will catch up with the momentum in overall recovery and see some pent-up demand unleashed during the second half of the year as service sector picks up pace amid further containment of COVID-19, Zhang said.

Thanks to policies aiming to ensure stability in employment, consumer spending will be further propelled as the two factors underpinning the consumption revival, namely the urban unemployment rate and resident income, are stabilizing.

Official data showed that China’s surveyed unemployment rate in urban areas stood at 5.7 percent in June, down 0.2 percentage points from May.

Resident income is also expected to hold steady on the back of firming economic data. In H1, the urban per capita disposable income came in at 21,655 yuan, up 1.5 percent in nominal terms and down 2 percent in real terms.

While economic fundamentals are solidifying, new growth drivers, such as new infrastructure like 5G, AI and cloud computing that has attracted big sums from investors, will also become a bright spot fueling economic growth, Shao noted.

In the second half of the year, China, on top of stabilizing measures, will invest more in domestic demand, new infrastructure, online industries and independent innovation for stronger recovery despite global uncertainties, Shao added.