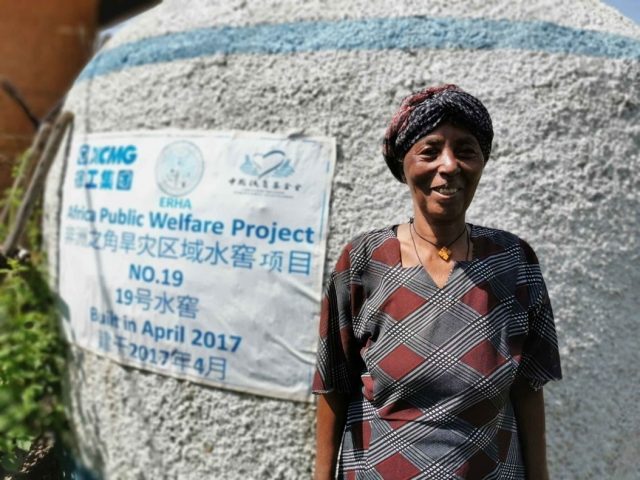 A Chinese-funded water cellar has become a precious asset of the family of Abebayehu, a villager in Ghadaig Town, Amhara region, Ethiopia.

In rainy season, rainwater moves down the iron roof and gathers at the eaves of the house, and then flows along a pipeline into the underground water cellar at the threshing ground of Abebayehu’s family. The water stored in the place can guarantee a stable and safe water source for the family during the dry season.

With a water storage capacity of 30 cubic meters, the water cellar can meet the basic water demand of the family of five for half a year at least.

Located in the Horn of Africa, Ethiopia has been long troubled by drought. In the 1980s, a severe famine caused by drought led to the death of more than 400,000 Ethiopian people.

Today, many families living in remote areas of the country have to walk dozens of kilometers of mountain roads to fetch water every day.

Based on the successful experience of domestic areas which used to suffer from water shortage, the Chinese-built water cellars effectively store up water during the rainy season by utilizing such facilities as roofs and threshing grounds. The water stored in these cellars can not only meet people’s basic needs for water, but can even be used for agricultural irrigation for higher crop yield.

Initiated in August 2016, the Africa Public Welfare Project that is aimed at helping alleviate the problem of water shortage for areas suffering from droughts in Ethiopia, has entered the third phase.

The first and second phases of the project have built 81 water cellars for seven Ethiopian villages, benefiting more than 6,700 local people. The third phase of the project focuses on facilitating the supply of water for schools in remote areas of the country.

The serial number of the water cellar in the family of Abebayehu is No.23. It was built during the first phase of the project.

According to Abebayehu, he and his wife used to get up before dawn and drive the cattle to a pool located 15 kilometers away to fetch water during the dry season. Since the round trip took most of the day, they barely had time to take care of the crops. Therefore, the yields of wheat, corn, and teff were all very low.

Besides, since the water in the pool is always cloudy and the pool may dry up during severe drought, Abebayehu had to go to the town and buy water sometimes.

Now that they have the water cellar, Abebayehu and his wife don’t have to walk far away to get water and have time to carefully manage their crops, according to Abebayehu, who said he has witnessed higher crop yields and even started to plant fruit trees and vegetables in the backyard of his house.

All these fruit trees and vegetables were grown after the Chinese-funded water cellar was built in his family, Abebayehu said, referring to fruit trees such as orange trees, lemon trees, pawpaw trees, banana trees, as well as wheat, chili, and vegetables flourishing in the backyard of his house.

The project provided all these schools with carbon fiber water tank with a capacity of 10,000 liters, VZN water purifier, five drinking water pools, and five hand washing sinks. These facilities can meet the water demand of 1,000 local students for drinking and personal hygiene as well as the needs of school kitchens for nearly three days.

Since the establishment of the comprehensive strategic partnership of cooperation between China and Ethiopia, Ethiopia has achieved rapid development in such sectors as infrastructure construction, education, and culture, according to Anils Awon, director of irrigation for the Ethiopian Ministry of Agriculture and Natural Resources.

More and more Chinese companies have made efforts to repay the society and fully fulfill their social responsibilities while carrying out operational activities in Ethiopia, said Awon.

The water cellar project has benefited a growing number of residents living in arid areas and brought water sources and health to the local people, Awon said, adding that he hopes Chinese companies and non-governmental organizations will continue helping accelerate the development of Ethiopia and improve the people’s livelihood of the country. 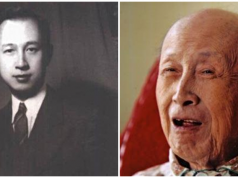