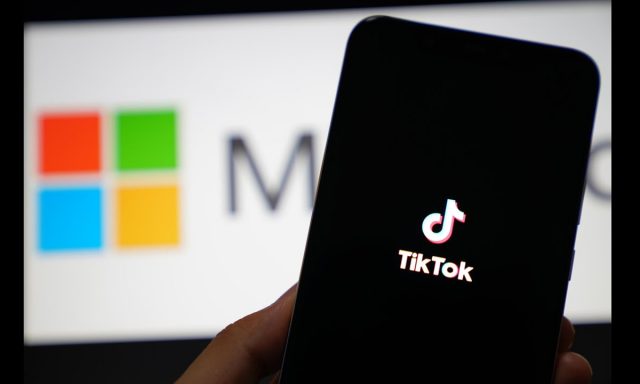 As more signs emerge that TikTok, the video-sharing app developed by ByteDance, will pick Europe as the next battleground for its global expansion following frustration in the US and Indian markets, analysts said the software will survive and thrive in the region, despite weakening momentum.

Media reports have said in recent weeks that TikTok will move its global headquarters to London, but No.10 Downing Street has not made its attitude clear and TikTok hasn’t released any official statement on the issue.

TikTok has been sitting on the plan to relocate to London for weeks, pending a positive response from the UK government, the South China Morning Post reported Monday, and, obviously, British Prime Minister Boris Johnson is fac-ing a split among his ministers over the investment plan of ByteDance.

Despite Johnson’s concerns that the headquarters plan would put the UK on a collision course with Washington, UK ministers have expressed a welcoming attitude toward the Chinese start-up, saying that it would be “absurd” to say no to such a large company aspiring to invest in UK, the Sun reported.

Wang Chao, founder of the Wenyuan Institute for Politics and Economics, a Beijing-based think tank, told the Global Times Tuesday that the UK govern-ment has strong concerns about the US’ possible long-arm jurisdiction on TikTok’s global business operatons.

“TikTok is still an emerging technology company in the UK and its penetration rate in the UK and EU market is not as high as some may think,” said Wang, adding that the Chinese company could bring tangible benefits to Europe in terms of investment and employment, which outweighs some officials’ para-noid thinking.

According to market consultancy firm Take Some Risk Inc, TikTok had 5.4 mil-lion monthly active users in the UK as of June 15, 4.4 million in France and 5.5 million in Germany.

Officials of France and Germany have claimed that there is no sign the lip-synching app could pose a security risk and they have no plans to ban it.

Following the US government’s “modern pirate” move, Europe has become an ideal next battleground for TikTok to give play to its advantages in promoting its short video sharing and other business, analysts said. Meanwhile, Europe needs such technology platforms to check the dominance of US internet giants like Facebook and Google.

TikTok announced on Thursday that it will establish a new European data center in Ireland, its first in Europe, demonstrating the company’s determination to strengthen data security and pursue overseas expansion. The data center is expected to be operational in early 2022.

About 80 percent of TikTok’s employees in Europe, who total 1,000, are based in the UK and Ireland.

Data from Sensor Tower showed that in July, TikTok and its Chinese version Douyin topped the global mobile app (non-game) download charts with more than 65.2 million downloads, up 21.4 percent year-on-year, followed by Face-book with 53.6 million downloads. The US was the largest market for TikTok by download volume, accounting for 9.7 percent of the total.

Europe has the strictest requirements for data security. “If TikTok can estab-lish its hub there, it can also prove that there is no security problem as claimed by the US government, an act similar to Huawei’s building a cyber-security assessment center in the UK,” said Huang.

Meanwhile, Wang noted that Europe has many countries with different lan-guages and cultures, which might slow its business promotion there.

“It will take quite a long time for its penetration rate to reach as high as in the US, where languages and cultures are highly integrated.”