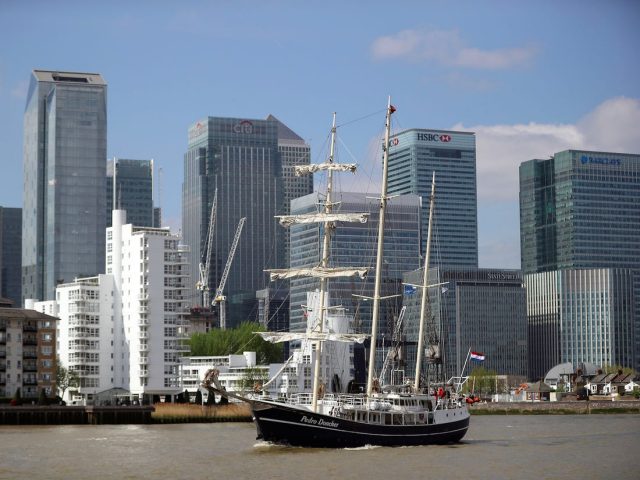 Britain discovered on Wednesday that its economy had suffered a recession deeper than any other reported by a European or North American country during the coronavirus pandemic.

The reasons for the severe downturn in the second quarter include an economy that relies more heavily than most on consumer spending and a longer national lockdown than its neighbors.

Still, the cost of the pandemic provided another grim record. Last month, the government reported that Britain had Europe’s highest rate of excess deaths.

Economic output declined by 20.4 percent from April to June, compared with the previous quarter, official preliminary statistics showed on Wednesday. It’s the worst recession since the government started keeping records in 1955 and takes the British economy back to the size it was in 2003. The fall in gross domestic product was twice as large as in the United States and Germany.

The government’s relatively slow response to the pandemic in March largely explains Britain’s fate. The closing of schools and businesses began weeks later in Britain than in some neighboring European countries. In those crucial days, the coronavirus was able to spread further and the problem was worsened by failures in contact tracing, testing and the protection of nursing homes.

This led to a longer period under a more severe lockdown, which began in late March and only started to be lifted in mid-June. Compared with the United States, which instigated state-by-state shutdowns of varying lengths and severity, Britain’s lockdown also affected a greater share of the population for a longer period.

The longer lockdown was “at the root of the economy’s underperformance,” Samuel Tombs, an economist at Pantheon Macroeconomics, wrote in a research note.