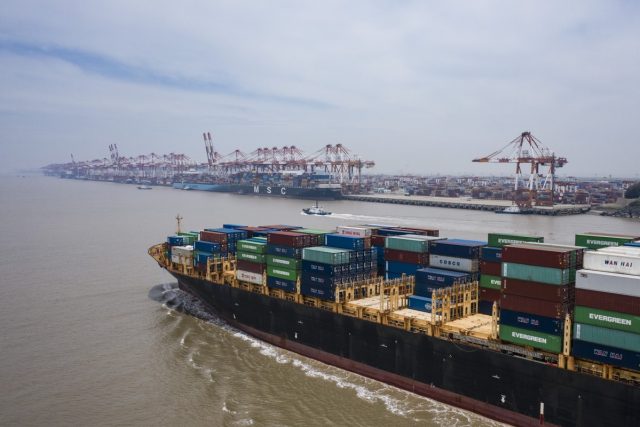 Talks this weekend on the China-US phase one trade deal are not expected to stop the free fall in overall ties, with Washington rejecting Beijing’s call for wider discussions during the meeting, according to analysts and a source familiar with the talks.

Chinese Vice-Premier Liu He and US Trade Representative Robert Lighthizer are expected to have a video conference on Saturday to review the implementation of the trade deal the two nations agreed to in January.

A US source familiar with the talks said China saw the meeting as a chance to discuss broader issues, such as a proposal to ease their rising tensions, but Washington turned down the offer because it was not convinced that China was willing to make changes to its economic and political structure.

The overall relationship between the two countries has plummeted and Saturday’s meeting could be one of the few high-level dialogues before the US presidential election in November.

Tensions have flared on various fronts, including handling of the coronavirus pandemic, the South China Sea, technology, security and ideology.

In recent weeks, US President Donald Trump unveiled bans on US transactions with Chinese apps TikTok and WeChat and imposed sanctions on Chinese officials over Hong Kong.

Beijing still engages but observers said it was no longer an anchor for the overall relationship.

Renmin University international relations professor, Shi Yinhong said China was unlikely to accept demands that the US considers necessary to improve the relationship.

“A US wish list [to reverse the tension] would not be acceptable to China. It would take aim at the Communist Party,” Shi said.

“Even a new US administration would continue the very strident and wide-ranging containment approach with China and would be unlikely to put limited and detailed offers on the negotiation table.”

An adviser to the Chinese government said Beijing should work out a list of what it could deliver to significantly ease the tensions, in particular to send consistent messages on reform of state-owned enterprises, an area that has long been a bone of contention.

“We should not play down the tensions with the US, despite the relatively stable ties in trade, and should be vigilant to the risks of political decoupling, which could happen much sooner than economic decoupling,” the adviser said.

China had agreed to buy an extra US$200 billion in American goods over two years as part of the trade deal signed in January. After a slow start because of the coronavirus pandemic and the deteriorating relationship, China picked up the pace of the purchases a couple of months ago.

Officials from both sides have sought to put the talks in a positive light.

In Washington on Thursday, White House economic adviser Larry Kudlow said the US administration was satisfied with the progress of China’s purchases in relation to the deal.

“We have big differences with China on other matters, but regarding the phase one trade deal, we are engaging,” Kudlow said.

And on Friday Chinese foreign ministry spokesman Zhao Lijian said China had done a lot of work since January to implement the trade deal, but the pandemic and the US export controls had affected China’s imports.

“Both sides should step up cooperation,” Zhao said, adding that the “US should stop discriminatory moves against Chinese enterprises to create conditions for implementing the phase one trade deal”.