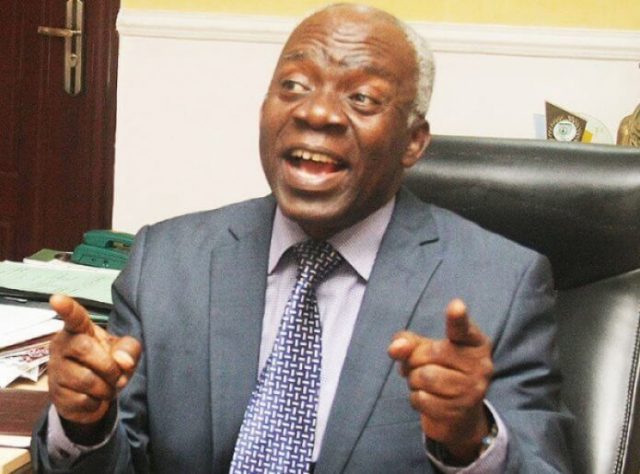 Clause 8 (1) of the $400 loan agreement signed by Federal Ministry of Finance (Borrower) on behalf of Nigeria and the Export-Import Bank of China (Lender) on September 5, 2018, provides that: “The Borrower hereby irrevocably waives any immunity on the grounds of sovereign or otherwise for itself or its property in connection with any arbitration proceeding pursuant to Article 8(5), thereof with the enforcement of any arbitral award pursuant thereto, except for the military assets and diplomatic assets.”

On the basis of the clause the House of Representatives summoned the Minister of Transportation, Mr. Rotimi Amaechi.

During his appearance before the House Committee the minister cautioned against the investigation as it might discourage the Chinese Government from approving more loans for Nigeria.

The proceedings immediately sparked off a debate on the propriety and benefits of Chinese loans for the infrastructureal development of the country.

But contrary to the spurious claim that the sovereignty of Nigeria has been mortgaged to the Chinese the loans in question are tied to specific projects which are being executed and supervised by engineers and workers from China.

According to the Debt Management Office (DMO), that the total value of loans taken by Nigeria from China as at March 31, 2020, was $3.121 billion, an indication that the Chinese loan is some 3.94% of Nigeria’s total public debt of $79.303. Regarding external sources of funds as the same date, loans from China accounted for 11.28% of the external debt stock of $27.67.

The loans were obtained with interest rates of 2.5% per annum, to be paid in 20 years with moratorium of seven years.

Even though I am strenuously opposed to the penchant of the federal government to procure foreign loans, it is pertinent to state, without any fear of contradiction, that the controversial clause 8 (1) of the $400 million loan agreement has not subverted the sovereignty of Nigeria in any material particular.

It is a standard clause in international commercial agreements.

It is unfortunate that the Committee of the House decided to raise such red herrings over a standard clause in the loan agreements.

Since the loan agreement in question was approved by both Chambers of the National Assembly, the surprise expressed by the House Committee has confirmed that the legislators did not study the terms and conditions attached to the loans before approving them.

However, in view of the confusion created by the House Committee, it is necessary to examine the issue of the sovereign rights of nations that enter into loan agreements.

In International law, it is trite that a foreign sovereign cannot be impleaded in the courts of the host country in any legal proceedings either against his person or for the recovery of specific property or damages, and that the property which he owns or which is in his possession or control cannot be seized or detained by legal process. Property of a State shall not be subject to process for enforcement of a judgment or arbitration award or in action in rem for its arrest, detention or sale.

This rule is hinged on the international law maxim- par inparem non habet imperium meaning that equal has no power over an equal.

The principle of absolute immunity has now been abandoned in many jurisdictions to embrace the principle of restrictive immunity approach which does not attach immunity to the commercial acts of a sovereign.

Sovereign immunity can be waived by states; but such waiver cannot be presumed against a sovereign or an organisation that enjoys immunity. It must be expressly stated.

It follows, therefore, that sovereign or diplomatic immunity can be waived.”

It is common knowledge that Nigeria has acquired notoriety for breaching terms of loan agreements and other contracts.

Even where the objections are dismissed the cases are fought up to the Supreme Court. If the government loses the cases, the judgments of the courts are ignored.

To compound the official impunity, Section 84 of the Sheriff and Civil Process Act provides that the fiat of the Attorney General be sought and obtained before the accounts of the government can be garnished.
The contemptuous attitude of the government has been extended to international and regional courts as well as arbitration tribunals.

Hence, whenever the federal government or its agencies are sued for breach of contract the jurisdiction of the courts is always questioned on grounds of sovereign immunity.

The charging order had been issued over a property owned by Nigeria but leased to a private company to process Nigerian visa and passport applications.

In reaching its decision, the Court followed recent case law on the circumstances in which it can be said that property is “in use or intended for use for commercial purposes” pursuant to section 13(4) of the State Immunity Act 1978 (“SIA“).

However, the principle of restricted immunity has evolved to restrain states from pleading sovereign immunity in commercial transactions or agreements. Thus, in Trendtex Trading Corporation v Central Bank of Nigeria (1977) 1 QB 529 the federal government had imported tonnes of cement from abroad.

Following the change of government in 1975 the military regime refused to pay for the cement.

The doctrine of sovereign immunity invoked by Nigeria was upheld by the British commercial court. But in setting aside the judgment the Court of Appeal held that the CBN was not entitled to governmental status, as it could not be described as an “alter ego” of the state.

Based on the penchant of the government of Nigeria to breach agreements and invoke sovereign immunity to escape liability it is not unusual for foreign corporate organisations and foreign countries to demand waiver of sovereign immunity on the part of the federal government to enable them to seek legal redress in courts or arbitration tribunals.

The P & I case is being fought in the English commercial court because the sovereign immunity of Nigeria was waived in the agreement.

If the judgment had been given by a Nigerian court the Federal Government would have challenged up to the Supreme Court without posting any security.

Instead of feigning ignorance about the provisions of vital bilateral agreements which have implications for the interests of the Nigerian people the entire members of the National Assembly must scrutinise the terms and conditions of local and external loans before approving them. In addition, public hearing should be conducted in respect of loan applications submitted by the President to the National Assembly.

Specifically, accredited representatives of organised labour and mass- based groups should be invited to participate in such public meetings.

More importantly, in approving such loans the federal legislators must henceforth comply with Section 41 (1) of the Fiscal Responsibility Act which states that “Government at all tiers shall only borrow for capital expenditure and human development, provided that, such borrowing shall be on concessional terms with low interest rate and with a reasonable long amortization period subject to the approval of the appropriate legislative body where necessary.” Too late to come back: Why Falana faulted Ngige, Malami on withdrawal of resignation after valedictory session