Death toll in South Sudan has risen to 148 while more than 140 others have been injured following clashes between government forces and armed civilians in the northern Tonj area of Warrap region, a local government official said on Friday.

Makuei Mabior, executive director of Tonj East County, told Xinhua by phone in Juba that the fighting which broke out on Aug. 8 as a result of the disagreement between soldiers and youth at a local market has so far left 94 civilians and 48 government forces wounded.

Mabior revealed that the number could be higher since the majority of the civilians are afraid to report the wounded persons to authorities for timely and proper treatment.

“The current number of casualties on the civilian side has risen to 85 after three others were found dead in the bushes whereas 63 government forces have been reported dead, bringing the total number of people killed to 148 and 142 injured,” he said.

Mabior noted that calm has returned in the area, adding that local authorities are doing their utmost best to restore law and order as disarmament continues. The government forces are undertaking civilian disarmament exercise in the Tonj area to curb frequent inter-tribal violence in the area. 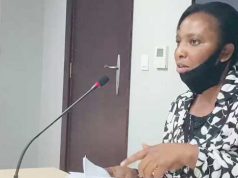 SARS detained, tortured me for 22 days till I lost my pregnancy, Lagos teacher alleges