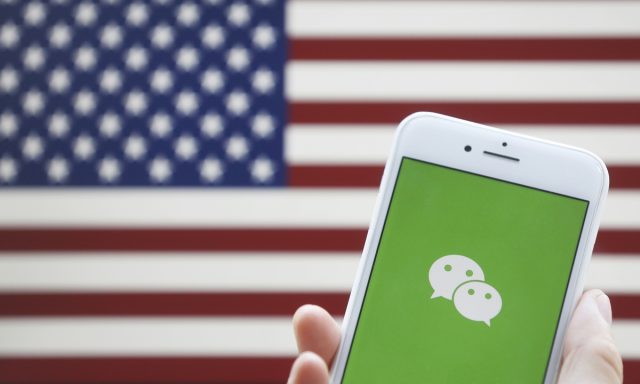 Businesses in China and the US are under threat as US President Donald Trump seeks to ban the all-important WeChat app through an executive order, and American businesses with extensive connections with the Chinese community and the Chinese market will be hard hit, as their operations depend heavily on the platform for promotions and customer service.
A business owner surnamed Wang, who runs the fresh produce delivery company Sduff.com in New York City, told the Global Times that she fears that it will be much harder to attract new customers in the US, and she might also lose a significant chunk of her old customers if the WeChat ban takes effect.
“WeChat is a super app that is crucial to all Chinese businesses in the US,” Wang said. “Most of our customers are Chinese living in the US, and WeChat is ubiquitous in the community.”

WeChat is used by most of the 3 million Chinese living in the US, and many of the country’s Chinese businesses rely heavily on the app, including more established companies such as Chowbus, FreshGoGo and younger businesses like Sduff.com.
Like Wang, if WeChat is no longer accessible in the US, Chinese businesses will have to turn to email, Google search engine optimization and ads on foreign social media such as Facebook and Instagram for marketing and promotion.
“These platforms are much less effective in targeting Chinese customers in the US, and it will be harder to hold onto certain customer groups who don’t use email or social media often, such as the older generation or housewives,” Wang said.
The effect of Trump’s WeChat ban, according to Wang, will be massive, and it will potentially alienate his Chinese supporters, many of whom are running small businesses in the US like Wang.  Many Chinese-Americans supported Trump because of his tax policy for smaller businesses.
But the impact will extend well beyond local Chinese businesses to big American companies, whose deep connections with the Chinese market mean that they also have extensive involvement with WeChat.
A group of US companies is reported to be lobbying the Trump administration over the ban, including Apple, Ford Motor, Walmart and Walt Disney.
Almost every post by Walmart on its official WeChat account draws tens of thousands of viewers – in some cases, 100,000. The contents range from product discounts to other product uses.
Zhang Guowen, a Beijing housewife who watches WeChat closely for discounts, said that she has been following the posts from Walmart for a long time and she likes to be updated on the discount activities posted on the social media platform, as well as product information.
“It would be a pity if they stopped updating the discount information on WeChat,” she said, noting that she would still buy things from WalMart as it is not far from her home, but it might not be as often without all the discounts.