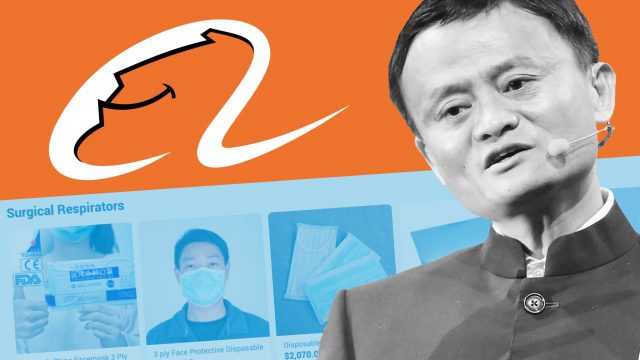 U.S. President Donald Trump is threatening to slap TikTok-style sanctions on more Chinese companies. But for Alibaba Group Holding Ltd., the largest of them all, the bigger challenge is coming from its own backyard for now.

Landing in the White House’s cross-hairs could endanger a roughly $695 billion empire spanning online retail, food delivery and internet computing, but growing competition at home is the most immediate challenge. Alibaba’s long-standing dominance in China’s e-commerce sphere is under steady erosion from JD.com Inc. and Pinduoduo Inc., while in social retail channels Tencent Holdings Ltd. and TikTok-owner ByteDance Ltd. are vying for merchants and buyers like never before after Covid-19 spurred online shopping.

China’s economy is among the world’s fastest to recover from the pandemic, aided by strict virus control measures and a rebound in industrial output and consumer sentiment. No. 2 online retailer JD rode this bounce-back to its fastest pace of sales growth and new customer additions in two years.

Alibaba executives unfurling earnings Thursday will seek to reassure investors it will emerge stronger from the pandemic, much like its competitor. Revenue growth plunged to a new low during China’s lockdowns, but a record haul during the “6.18” mid-year sales promotions suggests its comeback has legs. Analysts expect top-line growth to re-accelerate, though the rate still lags pre-Covid-19 levels. Investor sentiment is similarly taking longer to recover: Shares of Alibaba have risen roughly 20% this year, lagging substantially behind peers like JD, Pinduoduo and Meituan.

“Alibaba is fighting two key battles at the same time: one in core commerce online, and the other in local services offline,” said Shawn Yang, a Shenzhen-based analyst with Blue Lotus Capital. “This is a combative company, and investors will want to see achievements in at least one of the two fronts.”

It remains unclear whether the Trump administration will ever single out Alibaba: this week, Commerce Secretary Wilbur Ross told Fox Business News there were no formal proceedings undertaken against the e-commerce company at the moment. But Alibaba in any case has other, more immediate concerns at home.

Amassing nearly 800 million Chinese consumers, Alibaba’s e-commerce leadership is cemented by a wide array of platforms pulling together the physical and virtual worlds to suit daily needs. Bargain hunters can search on its Ebay-style Taobao site for cheap clothes and handbags, while fans of big brands will hop on Amazon-like Tmall to buy imported baby formula and cosmetics. Its supermarket chain Freshippo delivers groceries to consumers’ doorsteps and the Ele.me unit does that for restaurant takeouts. And the payments for these transactions are handled by its 33%-owned financial spinoff Ant Group, which is preparing for a dual listing in Hong Kong and Shanghai.

But Alibaba’s approach means it faces competition on all fronts. Upstart Pinduoduo has lured small-town buyers away with even cheaper bargains, while the never-ending battle against Tencent-backed Meituan for market share in food delivery drags down margins. And as the pandemic spurs more people to shop online, Alibaba and its rivals have all set their eyes on the new arena of fresh produce. JD — whose traditional strength has been in consumer electronics — saw supermarket goods emerge as the product category contributing the most to revenue in the first six months of the year.

Alibaba’s leadership in discretionary items like apparel means its post-pandemic recovery may take longer than its smaller rivals. Retail spending in China suffered a record collapse in the first three months of 2020 and while it’s since climbed back, concerns remain about the strength and sustainability of domestic consumption.

Read more: Chinese Buy Up Real Estate But Hold Off on Dining Out, Gambling

More broadly, social media companies like ByteDance and Tencent are increasingly reaching out to shoppers through live-streaming, after Covid-19 fueled an unprecedented boom in online entertainment. Alibaba’s Taobao Live has championed the use of influencers to hawk everything from lipstick to crayfish. While rival video apps like Tencent-backed Kuaishou and ByteDance’s Douyin typically direct traffic to Alibaba platforms, they are now seeking to handle the transactions themselves. In July, Tencent also launched a new feature within its WeChat super-app that helps small merchants build digital storefronts, right alongside consumer giants like Walmart and Starbucks that are already using its so-called mini programs to tap a pool of 1.2 billion users.

Longer term, it appears to be in cloud services where Alibaba and Tencent are locked in fierce battle with each other. Alibaba’s cloud division — which contributes roughly a tenth of revenue and continues to grow — saw expansion slow in the March quarter, though it remains the regional leader ahead of rivals Tencent and Baidu Inc. It has a 9% share of the $44 billion global cloud market, ranking after only Amazon and Microsoft, according to Gartner estimates.

Alibaba has pledged to invest 200 billion yuan ($28.9 billion) on cloud infrastructure such as data centers over the next three years, and hire 5,000 tech workers globally for the division by the end of the 2020 financial year.

Beyond its home market, Alibaba has so far evaded most of the sanctions slapped on rivals like Tencent and ByteDance. Still, the U.S. president, who has issued orders barring American individuals and companies from doing business with WeChat and TikTok starting Sept. 20, has said he’s considering extending a ban to other Chinese companies. The State Department on Tuesday asked American colleges to divest from Chinese holdings in their endowments and Congress is moving closer to passing legislation that could effectively bar Chinese firms from trading on U.S. bourses.

“We will endeavor to comply with any legislation whose aim is to protect and bring transparency to investors who buy securities on U.S. stock exchanges,” Alibaba Chief Financial Officer Maggie Wu said in a post-earnings call in May.

Elsewhere, Alibaba’s UC Web browser was included in a list of 59 apps banned in India, following clashes between troops that killed at least 20 soldiers from the South Asian country. The tech giant also operates the Lazada online bazaar for Southeast Asian markets and the AliExpress platform popular in countries like Russia and Spain.

“Although their main revenue drivers are domestic and their main expansion has been south, regulators in ASEAN and Indian markets may be paying more attention to Alibaba activities should the U.S. draw more attention to them with such a ban,” said Mark Tanner, founder of Shanghai-based marketing and research agency China Skinny.