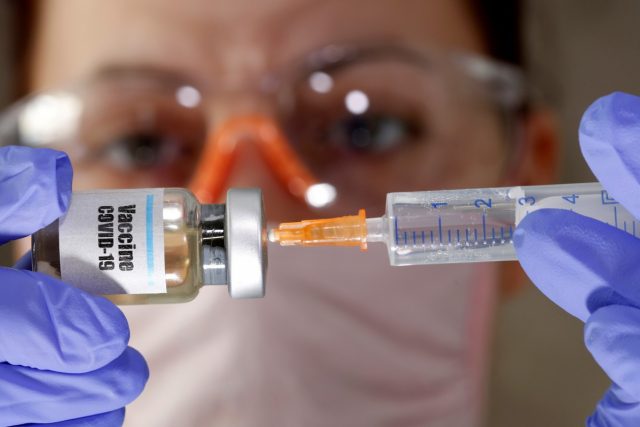 China has been administering Covid-19 vaccine candidates to selected groups of workers, including medical staff and border inspection officials, for more than a month, a senior health official said on Sunday.

The government authorised the “emergency use” of the vaccine on July 22, Zheng Zhongwei, director of the National Health Commission’s (NHC’s) science and technology development centre, said in an interview with state broadcaster CCTV.

Zheng, who is also head of an expert panel that advises the government on Covid-19, said the decision to begin inoculating certain groups was “in line with the law”.

He did not say which product had been used or whether the programme involved more than one. Four of the seven vaccine candidates undergoing final phase testing around the world are manufactured by Chinese companies.

Health workers and border officials were chosen to be among the first people to receive the inoculations as they were more likely than most to get infected with the coronavirus, Zheng said.

“Most cases in China now are imported, so border officials are a high-risk group,” he said.

In the future, the vaccination programme would be rolled out to include people who worked in the transport and service industries and at wet markets, so as to create an “immunity barrier”, he said.

Zheng did not say how many people had been given jabs, but said the next step was to extend the scheme to many more people before the onset of autumn and winter and a possible spike in infections.

No details of the trials to be conducted in Morocco were given in statements from CNBG or the Moroccan government. Liu Jingzhen, chairman of CNBG’s parent company China National Pharmaceutical Group, or Sinopharm, told Chinese state broadcaster CCTV on Thursday that “we have satisfied the requirements for phase 3 trials”.

Liu has previously said that the two vaccine candidates could be ready by the end of this year, with a retail price for the two-dose regimen of around 1,000 yuan (US$145)

. The group has built two facilities to make Covid-19 vaccines, and Liu expected they would be able to produce at least 200 million doses a year

“The point is to have a large number of participants in the phase 3 trials, so having trials at several sites simultaneously means it will save time,” Tao said. “In my mind, with such a large-scale [trial], one month [after vaccination] will be enough [to get a result].”

Worldwide, Covid-19 vaccine candidates from six developers are going through phase 3 clinical trials, and human trials are being carried out on some 30 experimental vaccines, according to the World Health Organisation.

Several candidates, such as a vaccine developed by AstraZeneca and the University of Oxford, are going through trials in multiple countries.

German company BioNtech, working with Fosun Pharma in China and Pfizer elsewhere, on Thursday said its second vaccine candidate had shown fewer side effects than the first one during trials.

But for the second vaccine hopeful, only 16.7 per cent of the younger age group had adverse events, while there were none thought to be related to the vaccine in the older age group.

The company said last month that the second candidate was moving to a phase 2/3 study involving up to 30,000 people aged from 18 to 85, starting in the United States and expected to include about 120 locations worldwide.