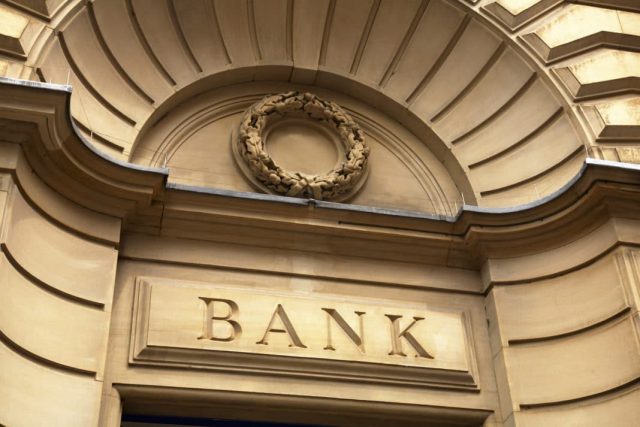 The pervasive nature of the US dollar payments system along with its dominance in international transactions have afforded Washington broad powers to impose economic and financial sanctions on other countries.

Upping the ante against its opponents, the United States has restricted foreign governments, institutions and individuals from using US dollars in international finance so that they are unable to receive payments for exports, pay for the purchase of goods, or own US-dollar denominated assets.

When did the US start using its payment system for political purposes?

The US’ ability to exploit the US dollar payment system began during the administration of former President Bill Clinton (1993-2001) and expanded under subsequent administrations. Since US President Donald Trump initiated his “America first” policy three years ago, a number of payment sanctions have been imposed on Iran, North Korea, Syria, Venezuela and, to a lesser extent, Russia. Chinese individuals and institutions have also been sanctioned for allegedly handling payments from Iran and North Korea. This includes the Bank of Kunlun, a regional Chinese lender that was cut off from the global payments system in 2012 for financing deals with Iran.

Last month, the US imposed sanctions on several Chinese government firms and officials, citing ties to alleged human rights abuses against ethnic minorities in restive Xinjiang. Most notably, the sanctions hit Chen Quanguo, a member of China’s Politburo, the centre of power within the Communist Party.

And in the wake of Beijing’s implementation of the controversial national security law for Hong Kong, the US Department of the Treasury sanctioned 11 Hong Kong and mainland individuals this month for undermining Hong Kong’s autonomy and restricting the freedom of expression or assembly of citizens in the city.

These US sanctions block any of the named individuals or entities – dubbed specially designated nationals – from doing business involving property transactions or investments with US entities operating anywhere around the world or with foreign entities in the US.

How are sanctions imposed using the global financial system?

US sanctions applied through the global financial system vary in scope and can be broad-based and oriented geographically to cripple a country. Or they can target only specific individuals, entities and activities, such as the ones imposed so far on Hong Kong and mainland individuals that limit the overall economic impact.

Nevertheless, the decoupling of the world’s two largest economies has raised concerns about the potential of the US deploying the “nuclear option” of freezing China’s banking sector out of the global payments system. This would not only be disruptive for China, it would also send shock waves through global financial markets, given China’s integration in the global economy.

Under the US Hong Kong Autonomy Act signed into law in July, US Secretary of State Mike Pompeo and Treasury Secretary Steven Mnuchin have between 30 and 60 days to identify any banks that continue to do business with any of the 11 blacklisted officials. The law stipulates 10 sanctions that could be applied to sanctioned banks. The US president has up to one year from the time the banks are designated to impose at least five sanctions on those financial institutions, and he has up to two years to expand the number of sanctions imposed to all 10.

The list of sanctions to be applied to the named banks include: blocking any foreign exchange transactions subject to US jurisdiction; barring their “primary dealer” status for handling US government debt securities; prohibiting payments, credit transfers or loans from financial institutions subject to US jurisdiction; and prohibiting US investments into the equity or debt of the bank.

The extensive and complex nature of the US financial system means non-US international banks would most likely comply with the Hong Kong sanction requests to safeguard their overseas network and US dollar-denominated transactions that are ultimately cleared in the US by passing through the US Clearing House Interbank Payments System (CHIPS).

CHIPS forms the primary settlement network for large-value domestic and international US dollar payments. The framework has 47 member participants – including the Bank of China and the Bank of Communications, two of China’s five largest state-owned banks – which must comply with US sanctions programmes to avoid being kicked out.

Julian Evans-Pritchard, senior China economist at Capital Economics, said heavy pressure from the US could force foreign banks to not only curtail their US dollar-transaction business as an agent for Chinese banks, but also to reject transactions that are unrelated to US dollars, out of fear that they could be found guilty by association with any of the blacklisted banks or individuals.

The US can also use its sway to demand that the Society for Worldwide Interbank Financial Telecommunication (SWIFT) – the world’s largest electronic payment messaging system – turn over information about transactions to the US for investigative purposes on any targeted bank.

Although it does not settle transactions, the Belgian-based SWIFT network connects 11,000 banks and companies globally, for sending messages about financial transactions. Among its 25-board membership, the US has two seats and the chairmanship, while China has one seat.

The US already has access to SWIFT financial transactions information as part of its efforts to clamp down on terrorist financing. It has also previously been able to force SWIFT to sever its links with Iranian and North Korean banks, thereby blocking them from sending, receiving or tracking banking instructions of the money transfers they had made with other countries.

How could it all unravel?

The US would likely want to maintain at least some financial relationship with China and allow its banks to continue to access Chips and SWIFT to pay for US products and services, because US-China interdependence is so extensive, said Cliff Tan, an independent economist and former East Asian head of global markets research at MUFG Bank.

Unless US-China tensions get out of hand and the phase one trade deal collapses, US officials would not want cross-border flows to grind to a halt, as this would also prevent American companies from repatriating their profits and assets from China. Since the 1990s, American companies have entered the China market through direct investments or partnerships. The US companies operating in China today would not want to lose the annual profits of about US$40 billion generated from sales of US$600 billion.

Moreover, it would go against US interests to take heavy-handed measures to prohibit China’s State Administration of Foreign Exchange (SAFE) – the nation’s foreign exchange and international transactions regulator – from making deposits with global banks. That would force Safe to sell off some or all of its US$1.08 trillion in US Treasury securities holdings, which could lead to a plunge in global stock and bond markets, Tan said.

“I think [members of the Trump administration] have evaluated this and have learned that it would not only hurt China, but it would also be greatly disruptive to the global financial system, and so they have chosen not to do something so drastic,” Tan said.

The prospect of the US expanding its sanctions list to other individuals, or adding yet another layer to the list of sanctions that foreign and Chinese banks must comply with, means that extra precautions are needed in a more volatile financial war with China, analysts said.

Non-US banks Credit Suisse, HSBC, Julius Baer and UBS are among those reportedly increasing the scrutiny of their clients for political and government ties. Chinese state-owned and commercial lenders such as Bank of China, China Construction Bank and China Merchants Bank are also said to be undertaking additional diligence about opening new accounts for the 11 blacklisted individuals.

“The primary goal here is to prevent [the blacklisted individuals] from shifting their money around the global financial system,” Evans-Pritchard said. “The bigger concern is, if the relationship continues to deteriorate, we might see US sanctions broadening out further.”

The US, through its Office of Foreign Assets Control, has imposed heavy commercial and financial penalties on non-US banks that have fallen foul of US policy by processing illicit transactions through the global payments system. These include BNP Paribas, Bank of Tokyo Mitsubishi, RBS, Intesa Sanpaolo, ING and the National Bank of Abu Dhabi.

In 2012, HSBC paid a US$1.92 billion fine to US authorities for laundering drug money flowing out of Mexico. Last year, Standard Chartered Bank paid US$1.1 billion to US and British authorities for violating sanctions against Iran and US anti-money-laundering laws.

Chinese researchers and former officials have been urging Beijing to make preparations for the worst-case scenario if tensions spiral out of control and the US applies sanctions to isolate Chinese banks from the US dollar-dominated international markets.

Guan Tao, chief economist with the investment banking arm of the Bank of China, wrote in a research note in July that China should boost the use of its home-grown cross-border payment network system for yuan-denominated payments in a bid to reduce reliance on the US dollar financial system.

The Cross-border Interbank Payment System, the Chinese payment system for yuan settlements, processed 135.7 billion yuan (US$19.5 billion) worth of daily transactions last year – less than 2 per cent of the daily volume in the US’ Chips clearing system.

In 2008, Beijing launched the Domestic Foreign Currency Payment System, which allows Chinese banks to clear their US dollar transactions with the central bank. In 2009, the scheme was expanded so mainland banks could be connected to Hong Kong’s US dollar clearing system via the Bank of China and Bank of China (Hong Kong).

Both payment arrangements allow Chinese banks to settle their US dollar payments initially with domestic authorities, who then clear their payments in the US in one consolidated transaction. This method minimises the scrutiny from the United States on each US dollar transaction made by Chinese banks.

“These measures can help Chinese banks circumvent the US sanctions that prohibit them from using the US dollar payments and clearing system and restrict the US banking industry’s business dealings with them,” Guan said. “Certainly, [Chinese banks] still may not escape from the US exercising its long-arm jurisdiction with sanctions.”