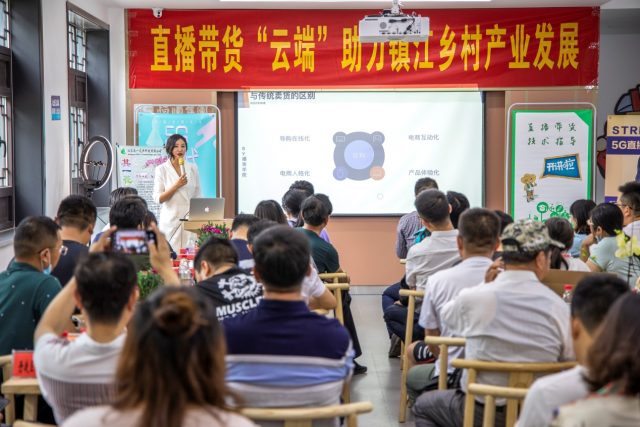 During this year’s June 18 mid-year online shopping carnival in China, the sales of an air conditioner of Chinese home appliance manufacturer Midea Group exceeded 10 million yuan (about $1.45 million) within merely half an hour.

From June 1 to 18, a total of 269.2 billion yuan worth of orders had been placed via JD.com, and 187 brands saw their own sales on the platform exceeding 100 million yuan.

China’s platform economy has grown rapidly in recent years, when new industries, new models and forms of business have thrived across the country.

By the end of last year, the number of digital marketplace firms in China whose market value was over $1 billion increased to 193. Meanwhile, the total market value of online marketplaces had grown to $2.35 trillion, with the compound annual growth rate in the previous five years averaging 31.1 percent.

In 2019, Internet platform operators had rapid growth in service revenues, according to a white paper on digital economy development in China in 2020 by the China Academy of Information and Communications Technology (CAICT).

The booming business of platform economy in China is in fact a natural result of the new benefits and convenience these platforms have brought to people.

Internet-based platforms in such areas as real estate, live-streaming, online education and telemedicine have grown rapidly and greatly benefited people’s lives in all aspects.

A citizen surnamed Jiang in Dalian, northeast China’s Liaoning province, has recently signed a purchasing contract with the owner of a house through China’s online housing platform Beike within 15 minutes.

Jiang wanted to sign as soon as possible the contract on the purchase of a second-hand house she felt satisfied with, but the owner of the house lives in another city most of the time. Thanks to the third-party online platform Beike, Jiang was able to sign the contract without having to meet face-to-face with the owner.

Platform economy has integrated deeply into the national economy of China and generated new driving forces for industrial upgrading.

With the help of Meicai, a fresh food e-commerce platform in China, Zhang Baoli, a potato grower in Weichang Manchu and Mongolian autonomous county in north China’s Hebei province, has established a potato cooperative, which follows uniform standards throughout the process of production and receives instruction and training from agricultural experts.

While Zhang often worried about the sale of his products in the past, now he even receives orders for his potatoes from the big data-driven platform of Meicai before they are dug out from the fields.

With its planting area increasing from less than ten hectares to more than 67 hectares, Zhang’s cooperative has so far helped several hundred local people of more than 80 households shake off poverty.

Besides agriculture, online platforms can also be helpful for various other sectors. By serving as a source of new modes of organization and important external resources, these platforms can help traditional companies in various fields solve problems such as fragmented procurement, poor research and development capabilities, and product homogeneity, improve production and operation efficiency, and accelerate the transition of companies to high-quality development.

In the meantime, platform economy has brought new opportunities to employment and entrepreneurship.

Due to the COVID-19 epidemic, a well-known restaurant with 22 years history in Guangzhou, capital of south China’s Guangdong province, was almost closed down.

It was by rolling out takeout service on Internet platforms that the restaurant gradually revitalized its business.

Within just one month, the orders of the restaurant soared from less than 10 per day to more than 200 orders per day.

Earlier this year, the Ministry of Human Resources and Social Security, together with the State Administration for Market Regulation and the National Bureau of Statistics, unveiled new professions in the country, many of which are closely related to Internet platforms, such as delivery personnel for online orders, online marketers and online learning consultants.

It is believed that platform economy will continue to unleash greater vitality and potential in the future.