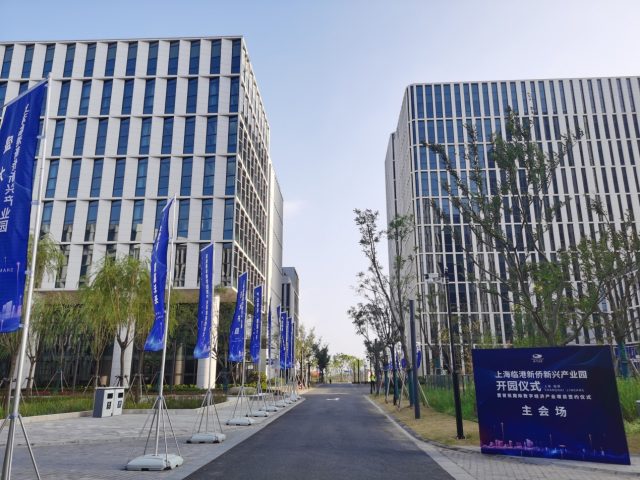 Over half of the 78 policies and institutional innovations in line with the overall plan for the development of Lin-gang Special Area have been implemented. Forty-five have been completed, and 22 have finished plan making. The area has so far attracted investment of more than 270 billion yuan ($39.3 billion).

Lin-gang Special Area is dedicated to making invest environment more efficient, equitable and expectable. For instance, the qualifications for monitoring water and soil conservation in construction projects used to take at least one in-person visit, submission of three files and seven days to finish. Now, the matter can be done with only online submission of one file in just five minutes. Not long ago, a new energy project created a new record in service speed of the area, which only took four months from signing to acquiring construction permits.

Besides, Lin-gang Special Area is also making full efforts to promote the reengineering of approval procedures, raising 26 measures to improve government and enterprise investment projects, which greatly facilitated the progress of these projects.

As the business environment continuously improves, resource factors are also gathering. Over the past year, a total of 15,115 enterprises were established in Lin-gang Special Area, and 358 projects signed, totaling investment of over 271.36 billion yuan. Foreign investment was especially active. From the area’s inauguration to the end of June, 260 foreign enterprises were found in the area, 70 percent of which were wholly foreign-owned.

The Yangshan Special Comprehensive Bonded Area was approved by China’s State Council on Jan. 17 this year. In just less than four months, the phase one project of the area was completed and inaugurated on May 16. So far, 163 projects totaling 9.82 billion yuan have been registered there, including 11 with a value of over 100 million yuan. Now, 123 projects are under construction, with predicted investment of 15.13 billion yuan.

Piloting the RMB settlements for cross-border trade transactions was one of the incentives. It allows enterprises listed as excellent by the Shanghai Pudong Development Bank to receive and pay under trade in services without submitting relevant documents in advance.

The favorable policies are facilitating the internationalization of the financial businesses in Lin-gang Special Area. A batch of financial institutes are gathering in the area, and a series of signature projects, including the 200 billion-yuan fund for the mixed-ownership reform of state-owned enterprises, have been implemented.

According to an action plan released by Shanghai on Aug. 15, Lin-gang Special Area is expected to see an annual growth of added value of 25 percent in the next two years.