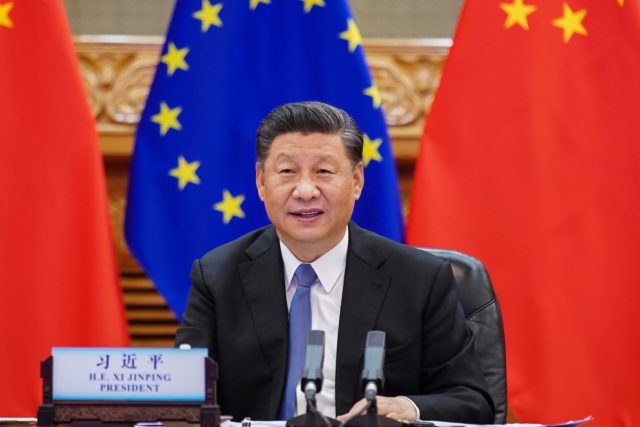 Chinese President Xi Jinping will hold a video summit with some European Union leaders in mid-September that is set to put trade in the spotlight just weeks before the US presidential election, the South China Morning Post has learned.

The EU is negotiating with China over a potential investment agreement

that seeks to protect European business interests in the world’s second-biggest economy.

“The priority of the special summit is going to be on concluding the EU-China investment agreement by the end of this year,” an EU source briefed on the matter said.

Von der Leyen told Xi in June to step up political attention on ongoing investment talks by the “end of summer” to clinch a treaty by the end of the year.

Still under discussion, the September summit could be scaled down from the originally planned face-to-face meeting with the heads of government of all 27 EU member states, which increasingly view Beijing as a “systemic rival” rather than a partner.

Joe Biden, the Democratic Party candidate challenging US President Donald Trump in the

to handle China, making some Chinese diplomats believe it is urgent to build a closer working relationship with European countries.

The EU wants to take its own path on world affairs without being drawn into the US-China rivalry.

But the bloc has acknowledged its affinity with the United States on values and democracy, and promised to work with US Secretary of State Mike Pompeo regarding China

Xi’s talks with Michel and Von der Leyen in June came during China’s regular summit with the EU. The one in September is known as an extraordinary summit.

Given that Germany currently holds the rotating EU presidency, Merkel had initially wanted to invite Xi for a physical meeting in the German city of Leipzig to foster longer-term EU-China relations. That plan was disrupted by the coronavirus pandemic.

EU policymakers and diplomats have signalled that they would not accept an investment agreement without Chinese commitment to give European businesses greater market access or create a level playing field between European and Chinese companies in China.

Although China has made progress in recent talks, EU negotiators have

complained about a lack of Chinese commitment

to meet their demands in full, while the Chinese ambassador to the EU, Zhang Ming, has told the Post that the EU should meet China halfway.

The EU is also going to press Xi on the issue of Hong Kong, although the former British colony is unlikely to dominate the discussion, an EU official said, adding: “Britain is not at the table any more, after all.”

The fact that elections for Hong Kong’s legislature have been delayed for a year from the original date of September 6 also gave EU officials a lower sense of urgency.

Another issue Merkel could focus on is climate change. EU policymakers believe China has failed to live up to expectations to do more as the world’s biggest carbon dioxide polluter.

The bloc itself is trying to ensure that post-Covid-19 economic stimulus plans for its member states go hand in hand with sustainable and climate-conscious developments.