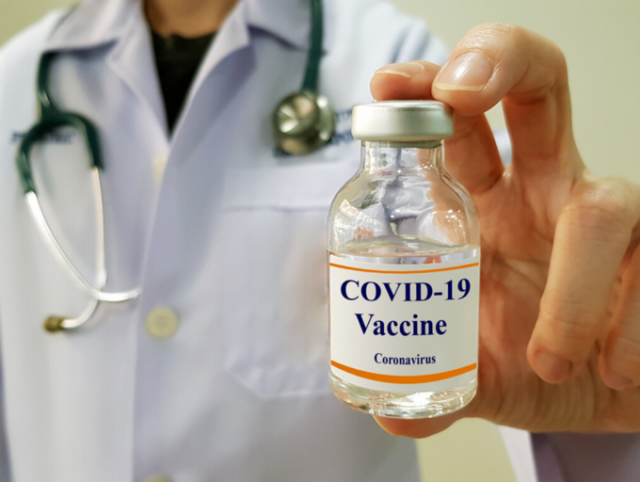 Chinese military infectious disease expert Chen Wei said a COVID-19 vaccine her team produced can be effective against all existing mutations of the novel coronavirus, noting that they are preparing for mass vaccination at a low price whenever phase three clinical trial results come out.
“We have complete IP rights of this vaccine, which means we do not have to rely on others and can carry out our own research and development (R&D),” said Chen, an academician at the Chinese Academy of Engineering and a researcher at the Institute of Military Medicine under the Academy of Military Sciences, in an interview with Xinhua News Agency released on Monday.
She noted that “we can also allow Chinese people to get vaccinated at a low price whenever they need it.”

The remarks came amid groundless reports from Western media claiming that China is stealing the US’ research data on COVID-19 vaccines. Chinese medical experts rebutted the allegations and stressed that China is actually leading in COVID-19 vaccine R&D, not to mention that the two countries are focusing on different routes.
Undoubtedly China is among the first echelon in COVID-19 vaccine R&D as more than half of vaccines entering phase three clinical trials made public by the WHO are developed in China, Chen noted.
The vaccine Chen’s team developed is a recombinant adenovirus vector vaccine named Ad5-nCoV. It is jointly developed by the team and Chinese biotech company CanSino Biologics Inc.
Tao Lina, a Shanghai-based immunological expert, estimated that Ad5-nCoV would probably be priced at 100 yuan ($14.64) per dose due to the lesser cost of the adenovirus vector vaccine compared to inactivated vaccines.
Some Chinese analysts also predicted that the price would not be too much higher than that of other respiratory infection vaccines – for example, the price of flu vaccines is roughly between 50-150 yuan in China – given the advantages of China’s economic system as well as governmental support for major public health emergencies.
It is also possible that the vaccine would be offered to the public for free if there is another sudden outbreak in the country, analysts said.
Another Chinese vaccine producer the China National Biotec Group (CNBG), a Sinopharm unit, announced previously that two inactivated COVID-19 vaccines they produced would probably come onto the market by the end of December at a price of less than 1,000 yuan for two doses.
According to US media, the US federal government previously reached a deal with Pfizer and BioNTech to buy 100 million doses of their experimental vaccine candidate with $1.95 billion.
Ad5-nCoV was delivered into phase one clinical trials on March 16, making it the world’s first COVID-19 candidate vaccine that entered clinical trials.

As the epidemic in China has been contained, domestic vaccine producers have been seeking international clinical trials to more effectively test their products’ safety and efficacy, including CanSino.
International phase three clinical trials on Ad5-nCoV have kicked off in Russia and Pakistan, China Central Television reported on Monday.
In total, 40,000 adult volunteers around the globe will participate in the vaccine’s phase three clinical trials, CanSino previously told the Global Times.
Chen told Xinhua that, unlike the normal procedures of vaccine production, they have been preparing for mass production at the beginning of the phase one clinical trial.
“It is possible to produce 300 million doses per year as far as I can see. After the phase three results come out, we will catch up to prepare for mass vaccination at anytime,” Chen noted.
CNBG and a third Chinese vaccine producer Sinovac Biotech Ltd had also announced that they could each produce 300 million doses of COVID-19 vaccines per year.
Despite the shortcut in production preparation, Chen is confident of the safety and efficacy of the vaccine given the positive results of phase one and two clinical trials that had been unveiled to the world separately on May 22 and July 20.
The phase one clinical trial results of Ad5-nCoV were published on the Lancet on May 22, showing that all 108 volunteers had produced antibodies against the novel coronavirus after vaccination. It is the world’s first results of human trials released on COVID-19 vaccines.
The results also demonstrated that the vaccine is able to introduce a dual immune response in the recipient, naming humoral immunity and cell immunity.
Cells are where the viruses reproduce, so cell immunity is really vital in preventing the virus, Chen explained to Xinhua.
Richard Horton, editor-in-chief of The Lancet, on Twitter in May declared the results revealed that Ad5-nCoV is safe, well-tolerated and induces a rapid immune response. “These results represent an important milestone,” said Horton.
Chen told Xinhua that they shared the data with the world so that her peers in other countries could avoid detours and accelerate R&D.
Chen said that they had started to vaccinate certain groups of people from June as phase one and two clinical trials proved the vaccine’s safety and efficacy.
When asked what groups she thought should be given priority when a vaccine is available, she answered those directly having contact or people with the possibility of having contact with the novel coronavirus such as medical workers, virus researchers and customs staff.
People with underlying diseases should also be paid attention to as well as those who are willing to accept vaccinations, Chen added.

Effective against mutations
It has been six months since the first injection of Ad5-nCoV in March and the vaccine still remains effective as of now, according to Chen.
She estimated that the period of effectiveness of the vaccine would be as long as that of Ebola vaccines. The efficacy of a first dose of Ebola vaccine normally starts to wane six months after injection. If a second dose is injected at this time, the efficacy would last two years, according to Chen.
In response to increasing reports of mutations in the novel coronavirus, casting doubts upon the efficacy of existing vaccine candidates, Chen tried to ease public concerns saying that Ad5-nCoV can remain effective in fighting against all existing mutations of the coronavirus.
Current data shows a very low rate of mutations in the piece of viral DNA that we use in the vaccine. Even if a mutation happens, we can rapidly improve the vaccine based on its current design to adapt to the mutation, Chen explained, noting that this is the advantage of gene engineering vaccines and the reason why so many countries are exploiting the technology.
The vaccine can be made into different valents to include more strains of the virus, just like the human papillomavirus vaccines that have 2-valent, 4-valent and nine-valent types, Tao explained.
China will hold a ceremony to honor individuals and groups who fought bravely in the country’s battle against the COVID-19 epidemic on Tuesday morning in Beijing. Chen is among the nominees who will receive the national honorary title, “the People’s Hero” at the ceremony, along with top traditional Chinese medicine expert Zhang Boli and Zhang Dingyu, dean of Wuhan Jinyintan Hospital. The Medal of the Republic will be conferred on renowned respiratory disease expert Zhong Nanshan.
GLOBAL TIMES