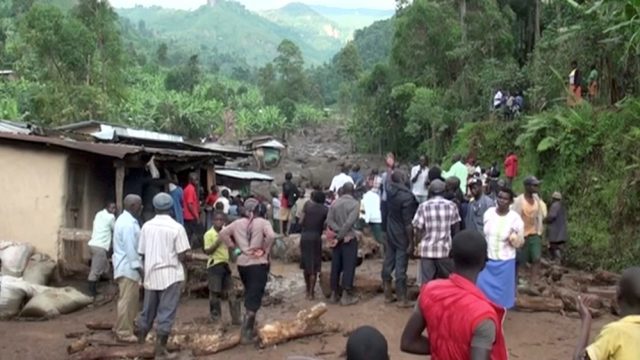 A landslide triggered by torrential rains in the eastern Ugandan district of Mbale has left 567 people homeless, a relief agency said on Tuesday.

Uganda Red Cross Society (URCS) said in a statement that the displaced are now camped at Buwangwa Primary School after their houses were destroyed during the Sunday night heavy rains.

The landslide also left one person dead after his house was completely destroyed and covered under the mud.

URCS said seven villages were affected by the incident and the displaced families are at the primary school.

“Mothers and children are affected most with huge needs ranging from lack of warm clothes, food, and all basic needs for them to cope with the bad weather amidst displacement,” the statement said.

“The Red Cross is working closely with Mbale district disaster management committee to manage the families with initial coping mechanism amidst the deadly COVID-19 threat,” the statement added.

The relief agency said social distancing at the school where the displaced are camped is being emphasized to stop the possible spread of COVID-19.