FIFA president Gianni Infantino, in a letter to the FA here Tuesday obtained by Xinhua, underlined his support for the footballers who lost their lives and the injured in the tragic accident.

“On behalf of FIFA and the world football community, we would like to express our condolences to the GFA, the national juvenile committee, and above all, to the families, friends, and loved ones of the victims. Our thoughts also go out to the injured to whom we wish a prompt and full recovery,” he said.

Similarly, the CAF, in a letter signed by its president Ahmad Ahmad, said the continental football body shares in the agony of the GFA.

“I am shocked and saddened to learn of the death of eight young sons of our great football family who died following a car accident on Saturday. I hasten to extend to you, on behalf of all members of the CAF Executive Committee, the sincerest condolences and I wish a speedy recovery to the injured,” he said.

“I know that this cruel loss has brought immense sorrow and I would like you to know that the African football fraternity shares in this pain,” Ahmad added. 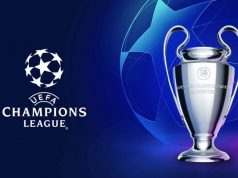 Lyon’s trashing of Man City gives France 2 slots at EUFA semi in 29 years, and only Bayern is former winner left