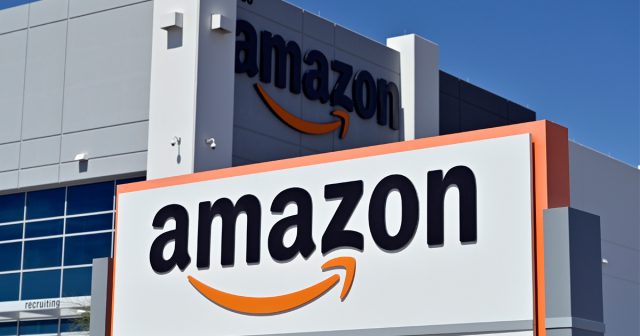 Amazon.com Inc. said almost 20,000 U.S. employees have tested positive for Covid-19 during a time period of a little over six months, a disclosure that follows criticism from some lawmakers and employees that the world’s largest online retailer was too secretive about outbreaks within its ranks.

The retailer said in a blog post Thursday that 19,816 workers tested positive for the respiratory disease, or were presumed positive, out of 1,372,000 U.S. front-line employees who worked for the company from March 1 to Sept. 19, an infection rate of 1.44%. The company said that if its employees contracted the virus at a rate equal to that of the general population, Amazon would have seen 33,952 cases.

Amazon divulged the information to highlight how its investments in testing, cleaning and other protective measures are working, yet the disclosure was met with renewed concerns about worker safety.

“This is a huge number for a company that has been downplaying how many of their employees have gotten sick,” said Deborah Berkowitz, a former chief of staff of the federal Occupational Safety and Health Administration.

Amazon has dealt with outbreaks of Covid-19 at facilities in Europe and the U.S. Company data published alongside the blog post on Thursday show that Amazon’s case rate was lower than the overall rate in most U.S. states where the company operates. The U.S. had about 7.26 million Covid-19 cases as of Wednesday, according to data compiled by Johns Hopkins University and Bloomberg.

One exception is Minnesota, where an Amazon warehouse outside Minneapolis dealt with an outbreak among employees in which the infection rate exceeded the prevailing rate in the community, Bloomberg News reported in June.

Amazon competitor Walmart Inc. declined to give specific numbers, but said it believes its “associates’ rate of infection tracks, or is below, the current rate of infection of the general public nationwide.” The Bentonville, Arkansas-based retail giant has 2.2 million employees around the world, with about 1.5 million in the U.S.

In the first months of the pandemic, Amazon scrambled to adjust its operations and accommodate social distancing at its hundreds of warehouses, which kept operating through state-mandated closures in March and April. At the same time, the company repeatedly declined to detail the scope of the sicknesses within its ranks, with a top logistics executive calling the figure “not a particularly useful number.”

That silence irked employees, some of whom felt they were being kept in the dark about the severity of outbreaks, and lawmakers who were seeking to identify virus hotspots. Massachusetts Attorney General Maura Healey in May led a coalition of her peers asking Amazon to make public data on infections among its workers and employees of Whole Foods, a subsidiary.

“Since March, workers and their communities have been demanding these numbers from Amazon,” said Dania Rajendra, director of the Athena coalition, a frequent critic of the company and an advocate for Amazon warehouse workers. “Now we know why the corporation refused: Amazon allowed Covid-19 to spread like wildfire in its facilities, risking the health of tens of thousands of people who work at Amazon — as well as their family members, neighbors, and friends.”

Amazon said in its blog post that it was ramping up an in-house coronavirus testing program launched earlier this year, and hoped to conduct 50,000 tests a day by next month.

“Our employees are at a very low risk of transmission in the workplace,” Amazon said. “And as we continue to ramp up testing, we’ll be able to identify more people who are asymptomatic, quickly contact trace, enforce our quarantine process, and help to remove people from the community so they can recover before they infect others.”

Amazon encouraged other employers to disclose infection rates so they can share ideas for containing the outbreak. “Unfortunately, there are no standards for reporting or sharing this data, and there’s very little comparable information about infection rates and quarantine rates available from other companies,” the company said.

That employee pool listed by Amazon in the blog is much larger than the 876,800 workers the company said it employed worldwide at the end of June, an indication of the rapid worker hiring and turnover at warehouses. Bloomberg