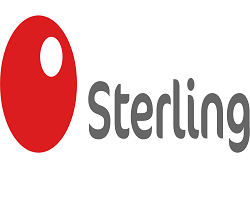 Sterling Bank Plc has said it is considering a new subsidiary as it transforms into a holding company.

The Managing Director and Chief Executive Officer of the bank, Mr Abubakar Suleiman, said this in a statement on Tuesday entitled ‘Sterling Bank starts restructuring, set to spin off multiple banks.’

He said under the new plan, the structure would consist of new subsidiaries, including a conventional bank and a non-interest bank, following approval in principle recently obtained from the Central Bank of Nigeria.

Suleiman said the bank’s decision to operate as a holding company was driven by its plan to spin off its NIB window, which became operational in January 2014, into an autonomous entity.

He said the bank was currently in the process of meeting the conditions for the final approval from the CBN.

He said the holding company was designed to operate on three major premises, namely specialisation, partnership and digitisation.

“The conventional bank will focus on building skills and using technology to provide solutions in the areas that are critical to development in the country – health, education, agriculture, renewable energy, transportation,” he said.

According to him, the NIB will focus on building partnerships that connect individuals and businesses, leveraging technology to create business optimisation, while solving the individual’s daily financial needs.

He added that the overall business would focus on social impact, corporate responsibility and the highest ethical standards in its dealings.

Suleiman said the group’s digitisation drive would create an enabling environment for both financial institutions to grow, while providing services and support to build efficiencies in different ecosystems.