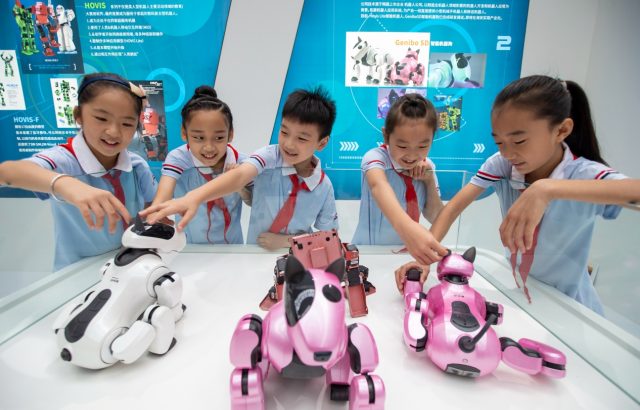 The 3rd Digital China Summit will be held from Oct. 12 to 14 in Fuzhou, southeast China’s Fujian province, said Yang Xiaowei, vice minister of the Cyberspace Administration of China during a recent press conference.

The theme of the summit is “digital transformation driven by innovation; high-quality development led via intelligence.” The summit, to be held both online and offline, will consist of seven sessions: opening ceremony, main forum, sub-forums, exhibition, innovation contest, launch event for application scenarios, and closing ceremony.

In the meantime, a series of events commemorating 20 years of digital development in Fujian will also be held to review the digital progress in the province and look ahead to the country’s digital agenda.

Zhao Long, member of the Standing Committee of the CPC Fujian Provincial Committee, and vice governor of Fujian province introduced at the press conference that the summit will set up a “cloud summit” platform to broadcast the grand scenes of the summit simultaneously online and offline. Besides, the summit will also simultaneously launch a “cloud exhibition” to fully demonstrate the latest achievements in the construction of digital China through cloud computing, virtual reality (VR), artificial intelligence (AI), and other methods.

Meanwhile, a special exhibition on the “Application of Digital Technologies for Epidemic Prevention and Control” will be staged to display the achievements of how digital technologies can be applied to coordinate the advancement of epidemic prevention and control as well as economic and social development. Leading enterprises in the industry are expected to hold special ecological exhibitions to showcase their latest scientific and technological achievements, and 50% of their new products at the summit will be unveiled for the first time.

China’s IT development has entered a new phase of rapid development, and the industry is trending from larger quantity to higher quality.

According to Yang, progress can be seen from the following five aspects. First, IT infrastructure has improved. IPv6 deployment is gathering momentum. By the end of 2019, China had a total of 130,000 5G base stations. The number of 5G users is also rapidly increasing. Second, innovations are driving IT development. According to the World Intellectual Property Organization (WIPO), China has marked a rise in the Global Innovation Index for the fourth consecutive year. Third, the digital economy is developing in full swing. In 2019, the digital economy maintained accounted for 36.2% of China’s GDP. Fourth, digitalization is increasingly benefiting the general public. In the newly published e-government development index ranking by the UN, China was ranked 45th compared with 65th in 2018. Fifth, digital development along the Belt and Road is making new progress. By the end of last year, China had signed 197 Belt and Road cooperation documents with 137 countries and 30 international organizations.

The country will accelerate the establishment of the data factor market, said Shen Zhulin, deputy director general of the Department of High-Tech Industry of the National Development and Reform Commission (NDRC). The NDRC will work with relevant departments to improve standards, regulations and systems on data rights confirmation, sharing, circulation, trading, income distribution, and so on.

The Ministry of Industry and Information Technology (MIIT) will seize the opportunities of the new industrial revolution, so as to promote integration between industrialization and informatization on broader, deeper and higher levels, said Xie Shaofeng, director of MIIT’s Department of Information Technology Development. The ministry will also accelerate the transformation of manufacturing processes and enhance the level of digital, networked and intelligent manufacturing models, he added. 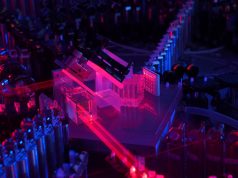