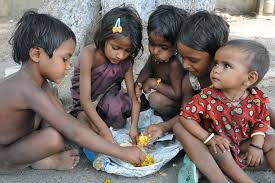 according to the World Bank’s biennial estimates of global poverty.

The reversal is by far the largest increase in extreme poverty going back to 1990 when the data began, and marks an end to a streak of more than two decades of declines in the number of the extremely impoverished, which the World Bank defines as living on less than $1.90 a day, or about $700 a year.

The World Bank now estimates a total of between 703 million and 729 million people are in extreme poverty, and that the number could rise further in 2021.

Before the pandemic, the number of people in extreme poverty was estimated at 615 million for 2020.

“This is the worst setback that we’ve witnessed in a generation,” said Carolina Sánchez-Páramo, global director of the World Bank’s Poverty and Equity Global Practice.