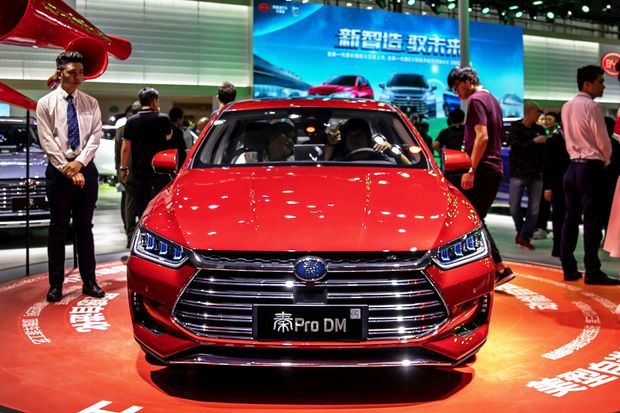 China’s car sales enjoyed a “golden September” as its economy appears set to become the only one to record growth in 2020.

The figures underline the differing economic fortunes between the country where the coronavirus outbreak began and the rest of the world.

Customs data also released on Tuesday showed that Chinese goods exports rose 9.9pc in September compared with the same month last year – slightly higher than the 9.5pc increase in August. This brought annual export growth for the third quarter to 8.8pc, compared to just 0.1pc in the second quarter.

Chinese trade was boosted partly because the country is benefitting from its trading partners remaining stuck in lockdown. In contrast it has reported just one locally transmitted Covid infection in almost two months.

In addition, exports of laptops and computers grew 45pc year-on-year last month as more people worked from home. Imports to China, too, rose – a sign that domestic demand is finding its feet.

They surged 13.2pc last month to their best levels this year, with volumes especially high for soybeans, grains, semiconductors, copper and steel products.

The rise in imports was helped by government support measures and an appreciation of the yuan, which rose to a 17-month high against the dollar on Friday.

“We expect goods imports growth to remain firm in the near term, underpinned by strong domestic demand,” said Tommy Wu at Oxford Economics.

Renewed outbreaks of the virus in China’s export markets will remain a challenge, especially over the winter months but Mr Wu was confident that “shipments of products benefiting from virus-related demand such as work-related electronic products and personal protection equipment should continue to hold up”.

Overall, the Chinese economy is forecast to expand. The official purchasing managers’ index for new manufacturing export orders tipped over the 50 mark that separates contraction from growth to 50.8 in September.

“The September PMI readings suggest that the domestic recovery has gained pace, which should support a further expansion in imports in the near term,” Oxford Economics said.