The Federal Government is to pay power generation companies through Nigerian Bulk Electricity Trading, NBET, the sum of N152.416 billion in 2021.

According to details of the 2021 budget now before National Assembly, this forms one of the largest expenditure items of the Ministry of Finance, Budget and National Planning.

This is despite public outcry over the recent electricity tariff hike, especially given the fact that the firms to receive the funds are not generating any electricity, whatsoever.

This is even as the Ministry of Information and Culture plans to spend N249.114 million on travels and another N285.964 million on miscellaneous expenses.

On electricity, the Federal Government reportedly spent over N240 billion in the last five years, paying some power plants for electricity they neither generated nor put into the grid for the use of consumers.

The monthly payments are based on the “take or pay” clause in the Power Purchase Agreement between the Federal Government and the affected power generation companies on the understanding that since electricity cannot be stored, whatever was generated must be utilised and paid for.

However, five of such power plants have not been operating on the excuse of lack of gas to the plants and, therefore, generating nothing but are being paid on a regular basis.

Government officials, who had protested this arrangement, have in the past been booted out of office as very powerful people, including those at the corridors of power, are said to have always mounted pressure on officials of the Ministry of Finance to promptly pay the power companies.

The Ministry of Finance is to spend N2.246 billion on computer software acquisition.

According to the budget, the implementation of Project Lighthouse inter-agencies integration and expansion of interfaces (phase 3) to other platforms to provide a system-wide view of data relevant to support management of fiscal policy implementation, would take N 750 million.

Special inter-agencies roll-out of automation of workflow process (linking all agencies under the ministry with the core ministry and implementation of lean six sigma) which is an on-going capital project was earmarked N410.000 million.

Under the Service-wide vote, N16.703 billion was provisioned for the refund of the acquisition of Yola Electricity Distribution Company; N20 billion for the payment of pensions of defunct privatized agencies; refund of borrowed funds from the Education Tax Pool Account, TETFUND, N12.899 billion; and N25 billion for the newly established Nigerian Youth Development Fund. 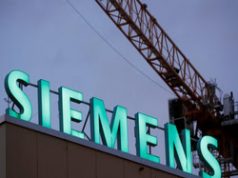