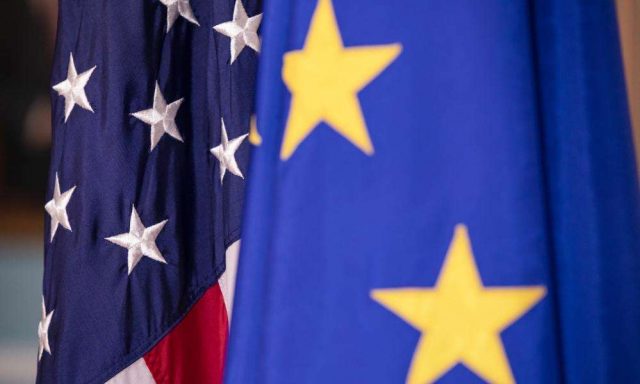 The EU has been given permission to levy tariffs on US products worth $4bn in retaliation for subsidies given to Boeing, in the latest salvo in a bitter 16-year battle between the US plane maker and its European arch rival, Airbus.

The ruling by the World Trade Organization (WTO), delayed by the coronavirus pandemic, could increase trade tensions shortly before the US presidential election on 3 November, although it could also set the stage for tariff negotiations between the EU and the US, which has already imposed levies on European goods in parallel action against Airbus.

Valdis Dombrovskis, the European commission vice-president in charge of trade, said: “Our strong preference is for a negotiated settlement. Otherwise, we will be forced to defend our interests and respond in a proportionate way.”

The WTO had ruled in April 2019 that the US subsidies to Boeing were illegal, but had not said how big the gains were. However, between 2006 and 2040 Boeing was expected to benefit from $6bn in tax breaks, the WTO said.

Airbus and Boeing have been locked in the tit-for-tat trade dispute since 2004, when the US aerospace champion accused its European rival of receiving illegal launch aid from multiple governments for the development of the A350 twin-aisle plane and its larger cousin, the A380 superjumbo.

Boeing, meanwhile, received tax breaks from the state of Washington. The WTO has ruled that the subsidies to both Airbus and Boeing were illegal, but the drawn-out dispute has outlasted several chief executives for both companies, and one of the planes in question, the A380, has since ceased production.

In October 2019, the US imposed tariffs worth $7.5bn on EU products including scotch whisky and French wine and cheese in retaliation for the EU subsidies to Airbus. The Scotch Whisky Association this month said that the 25% tariff on its exports had contributed to a 32% decline in exports to the US over the year, costing the industry £360m.

The EU last year said it would consider targeting US exports ranging from motorcycle parts to video games consoles to fish and wine, as well as aeroplanes.

Extra tariffs could add to financial pressures on Boeing at a time when it is struggling with the unprecedented disruption from the Covid-19 pandemic. Boeing is also trying to regain regulatory authorisation for its previously bestselling 737 Max, which has been grounded for 19 months after two fatal crashes.

Both sides have moved to withdraw some of the subsidies. Washington state has repealed some of the tax breaks, while Airbus in July said it would gradually pay back launch support from the French and Spanish governments in an attempt to end the dispute.

However, resolution and the removal of tariffs could be delayed by the US presidential election if a new Democratic administration comes in under Joe Biden, the frontrunner in polls.

US trade representative Robert Lighthizer said: “Because Washington state repealed that tax break earlier this year, the EU has no valid basis to retaliate against any US products. Any imposition of tariffs based on a measure that has been eliminated is plainly contrary to WTO principles and will force a US response.”

A Boeing spokesman said the WTO ruling on Tuesday was “effectively irrelevant” because Washington state had already repealed the tax breaks. The spokesman said that “EU tariffs would not be permissible under WTO law”.

“We are disappointed that Airbus and the EU continue to seek to impose tariffs on US companies and their workers based on a tax provision that has been fully and verifiably repealed,” the spokesman said.

“Rather than escalating this matter with threats to US businesses and their European customers, Airbus and the EU should be focusing their energies on good-faith efforts to resolve this long-running dispute.“

Guillaume Faury, Airbus’s chief executive, said: “Airbus did not start this WTO dispute, and we do not wish to continue the harm to the customers and suppliers of the aviation industry and to all other sectors impacted.

“As we have already demonstrated, we remain prepared and ready to support a negotiation process that leads to a fair settlement.” 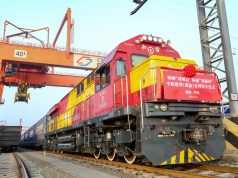