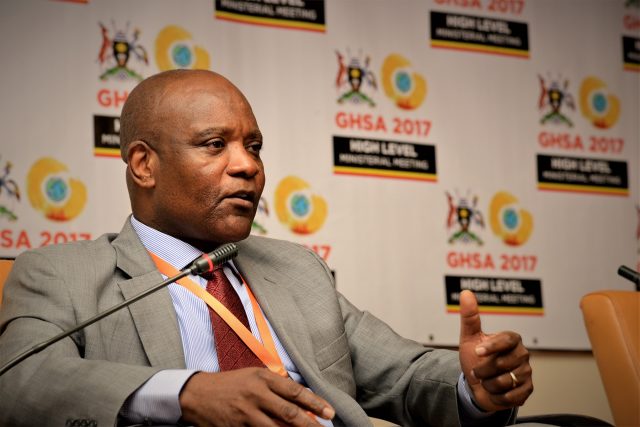 The Africa CDC Director John Nkengasong on Thursday warned against complacency in the fight against the spread of COVID-19 as the number of new cases in the continent showed an increase for the first time in several months.

Speaking during a virtual press conference, the Africa CDC director said the continent can’t afford to be complacent in the fight against the spread of COVID-19.

“We cannot at this point relent or express any prevention fatigue because the consequences will be devastating for us,” said Nkengasong.

“We are seeing what is going on in Europe as they ease their lockdown, how the numbers of new cases have increased and several countries are considering a second lockdown. We cannot afford that,” he further said.

Nkengasong urged African countries to sustain the fight against the pandemic, despite a growing public fatigue over the social and economic cost caused by anti-COVID-19 measures imposed by African governments.

“We cannot allow this virus to erode the gains we have made over the last couple of months since the beginning of the pandemic,” Nkengasong told journalists.

The Africa CDC, a specialized healthcare agency of African Union Commission, disclosed the total number of confirmed COVID-19 positive cases across the African continent has reached 1,603,982 as of Thursday.

The Africa CDC, a specialized healthcare agency of African Union Commission, also disclosed that the number of deaths due to illnesses related to the pandemic reached 39,122 as of Thursday afternoon.

The Africa CDC said the number of people who have recovered from the infectious virus across the continent has reached 1,325,204 so far.

“We are at a pivotal moment in the pandemic in Africa. While the continent has experienced a downward trend in its epidemic curve during the past three months, this decline has plateaued,” said Moeti.

“This comes as we witness a resurgence in new infections in Europe. African governments have also been reopening their borders and schools and relaxing restrictions on movement and gathering. This is essential. We cannot keep our economies closed perpetually,” she further said.

On a positive note, Moeti said African countries in general seem to be in a much better condition to deal with the

The African continent also accounts for about 3.6 percent of the COVID-19 deaths reported globally, according to figures from the Africa CDC.