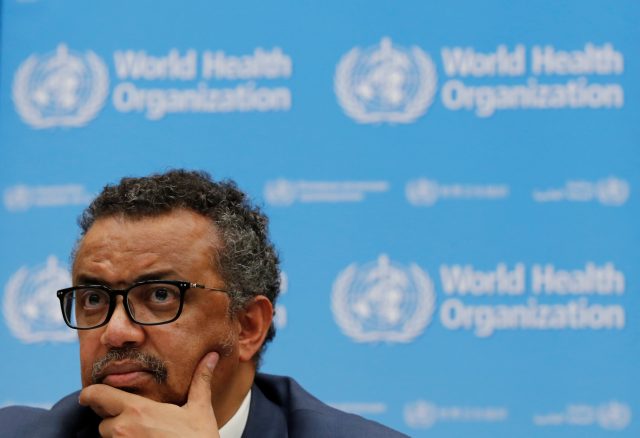 The EU’s medicines regulator has requested the complete results of the World Health Organization’s remdesivir trial, the European Commission said, after the study found the Covid-19 treatment to have no substantial effect on rates of survival. The European Commission announced last week that it had signed a deal with the developer, Gilead Sciences, to supply 500,000 treatment courses of the drug, worth more than €1bn. Trial data had shown the treatment cut the time to recover from Covid-19 by as much five days, while Gilead had said the drug may also reduce the likelihood of death. But the results from the WHO’s highly anticipated Solidarity trial, first reported by the Financial Times, found that remdesivir and other three other potential drug regimens “appeared to have little or no effect on 28-day mortality or the in-hospital course of Covid-19 among hospitalised patients”. According to WHO officials, the organisation told Gilead of the findings of the Solidarity trial in September, as long as two weeks before the European Commission announced its deal to procure the drug. “[The WHO] made a presentation to Gilead and other companies [on the results of the trial] on September 23,” Ana Maria Henao-Restrepo, a medical officer at the WHO, said at a briefing on Friday. “On the following Monday, September 28, [the WHO] forwarded [to Gilead] not only the graph, figures and tables, but the first draft of the manuscript”.
Ms Henao-Restrepo said the manuscript was “not exactly” the same as the one published late on Thursday, but that it contained the same numbers and conclusions. Richard Peto, emeritus professor of medical statistics and epidemiology at Oxford university and chief statistician on the Solidarity trial, said the preliminary results “came to the same conclusions that you now see”. In response to a request for comment, Gilead said the initial manuscript it had received from the WHO in September had been “heavily redacted”. “As of today, Gilead has still not received the underlying data sets or statistical analysis plan necessary to validate the results,” it said. “We received the full manuscript, which included materially different information than what was included in the initial draft, only hours before it was published yesterday.” The European Commission told the FT it had not made any payments under the October 8 Gilead agreement, which gives 36 European countries, including the UK, the option to buy future remdesivir supplies. “[European Medicines Agency] will look at the Solidarity data . . . to see if any changes are needed to the way these medicines are used,” it said. Gilead has priced remdesivir at $2,340 per five-day course on the basis that it cuts the cost of care by reducing the length of hospital stays, though the Solidarity results may have damaged that thesis. Yannis Natsis, a policy manager at the European Public Health Alliance and a board member at the EMA, said the situation with remdesivir felt like “déjà-vu”, citing the large sums of money spent on past antivirals, such as Tamiflu, only for scientists to conclude the treatments conferred little benefit. “It surely is a reminder that when it comes to the race for Covid-19 therapeutics promissory science and speculation need to be approached with caution,” he said.