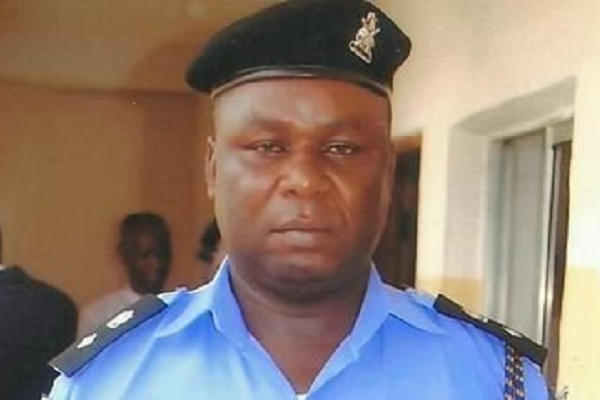 I arrived Awkuzu office of the police Special Anti-Robbery Squad (SARS) on August 1, 2013 with my boss Chief Bonaventure Mokwe-Dikeh in a weakened body after six hours locked up in a police ‘Black Maria’ van, with 12 other staff of Upper Class Hotel, Onitsha.

I had kept my mind alert refusing to faint or collapse in the van. Upon arrival, I could read the bold inscriptions on the wall of that abattoir camp which says “Welcome to hell fire”.

I quickly told myself that we are in for the worst. I have heard tales of this abattoir. I always thought and believed that it was the land of mongrels and that it was absolutely reserved for hardened criminals until I arrived.

But no, I was mistaken. It was a center for butchering both the innocent and the guilty, a theatre of human death and sale of human parts.

Remind me, I shall tell you about the doctor who was always on flowing white agbada at Awkuzu SARS, who comes to treat gunshot wounds. His expertise is in negotiating sale of human parts.

I was marshaled straight by the almighty O.C SARS to an open rickety hall upon our arrival. All other victims were separated, each to his or her own fate.

Torture in the abattoir is what only the lucky survives. Standing by one end was a police officer with two suspects who were chained together, tempo of the interrogation was getting higher.  Momentarily forgetting my own ordeal, I kept a gaze on all corners of the hall abandoned with an ominous look of a World War II torture camp.

Ropes streamed down from ceiling tops, bags of sand were elevated on perimeter wall fence of the hall and all types of rod and metal varying in shape, length and size were staring at us while we hear shouts of people from the back of the hall screaming the name of their late great grandmothers to come and intercede on their behalf.

Buckets of water are kept on standby in case one faints or opts to die before appending signature to already written statements. I was still mentally surveying the entire facility when I was jolted back to reality by the sound of a rapid military rifle, ‘tem tem tem’.

“You no wan talk…you wan follow am go, you wan travel”?, were the words resonating from the other end of the hall. I tried looking but slaps from my Investigating Police Officer (IPO) reminded me that I was not in this camp for excursion or tourism.

“That guy don travel ooo”, said my IPO. “So make you tell me the truth otherwise I go travel you”, were the words from the officer.

Meanwhile, the O.C SARS, the second in command and about four other police officers started asking me questions ranging from personal to family to academic background.

When I got to the part that I was a PhD student, the questions ceased and the O.C shout, ”Mr. Tell us what happened”,  or in his Abakaliki accent,”ma agbajisie gu okpa la abo (I will shoot your two legs).

I started my story of what happened but that was not what they wanted to hear. The questions were already made and I must be categorical in my answers

“Your director kills people”, “No Sir”, I retorted! And the torture started properly.

Make him talk, ordered the OC James Nwafor, before he went to supervise the torture of Chief Bonaventure Mokwe at the back of the hall.

Ropes were tied to my two hands, the two legs, then both legs and hands bent and tied together with a rod passing through them and then elevated to a perimeter wall.

In fact, if you have watched a goat being prepared for suya barbecue, then you are close to the picture.

At the turn of each question and non-compliance, a bag of sand is added at my back to add extra pain. Cries upon wails until you pass out. “Ooh you want to die?”. A cold bucket of water quickly spoils your trance and brings you back to reality.

From minutes to hours, the torture lasts on top of the beam. In the cell, we call it ”hanging”, the  boss of the cell will always differentiate ”ndi agbara” hanging with others because you will be laid flat at the cell for at least three days before your joints start to heal.

The ”hanging” never stops until finally you start saying that you killed XYZ so that you can be brought down meanwhile XYZ is alive.

From hanging on the beam, tying of rope in a strangulation mode around the neck, inserting of pin and rope inside the penis to shooting of bullets in a circular fashion, increasing the tempo of the questions at each turn, one is immersed into a theatre of pain and your pre-written statements, a product of individual pain threshold.

In the midst of my torture, I opted to set forth at dawn, dragging myself to crossover the threshold of death but they were Anthills in the Savannah.

On his part, Bonaventure Mokwe was undergoing his own routine hanging and strangulation and his shouts of “nne mooo, nne moooo, nne moooo”, was reverberating from the back of the hall.

“I will kill you and nothing will happen”, were consistently echoing from the chief butcher James Nwafor. At this point, everybody was carrying his own cross, nothing I could do to help the old man but to soak my own some are better than the others. Cell 5 is the worst because it is tagged “condemned cell”. If you happen to be there, then you are not in Awkuzu SARS because that cell for them does not exist. High profile criminals caught with military rifles are kept there awaiting execution and because our case had all the above element, I smelled the cell for six hours and was transferred out in the morning of the next day while the director remained there till the 5th of August.

From Cell 5, I was moved to Cell 1 and to Cell 4 where I rotted away without taking a bath or brush, defecating in a nylon polythene and not seeing the light of day for 81 days.

Cell 4 and Cell 3 in Awkuzu SARS are dark cells. No light, no ventilation and no windows, completely dark from morning to evening. People who are tortured return back with ambulance services performed by inmates since you can neither walk, move or shift any part of your body. The demand for water is the case consistently but no one gives you. Your cell boss knows the implications of giving you water and so brotherhood of men is preserved for it transcends the sovereignty of nations.

Cellmates are summarily pulled out and executed in the middle of the night.

Akwuzu SARS was a theater of death. An abattoir.

Dying in the cell is a normal occurrence and the ambulance duty each morning is to take them to the back yard for the diabolical looking doctor to confirm.

Cells 4 and 3 were total blackout cells filled with the stench of inmates purportedly caught with locally made pistols and kidnapping cases.

In my days at Guantanamo bay, I rekindled my pastoral skills and led the two twin cells of 3 and 4 in morning, afternoon and night devotions. Sleeping was with one eye open because gunshots fill the air at all times and people are summarily judged through the barrel of a gun. Answering your name at odd hours is risky and mentioning of your name reminds one of the ambulance job we do each day for fallen comrades.

A room of not more than two square feet size packed by 29 to 31 suspects. Heat kills, hunger kills, mental switch on and off kills, and police bullets do the rest.

Who will be the next to be killed?  At the abattoir, talk of going to court is freedom itself and remanding one…

Dr. Nwankwo told this story in a twitter tread. I hope he returns to complete it 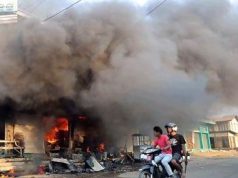