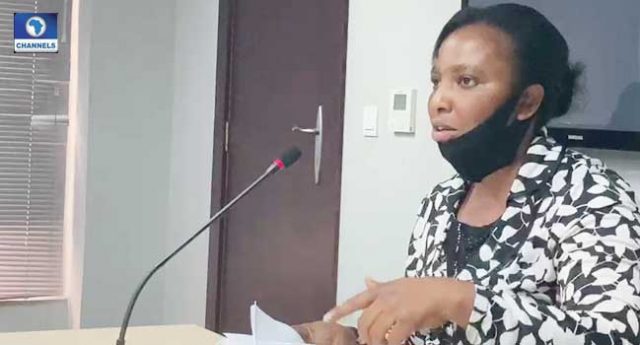 A Lagos school teacher, Mrs Ndubuisi Obiechina has told the Lagos State panel investigating human rights abuses by men of the Police Special Anti Robbery Squad (SARS) how she was detained for 22 days and tortured until her pregnancy was forcefully aborted
She testified on Saturday at the Justice Okuwobi panel set up by Governor Babajide Sanwo-Olu.
She recalled how the SARS men stormed her school and took her away amid torture and beating accusing her of being a robber and kidnapper.
She said the SARS operatives wouldn’t even allow her pick up her baby from school.
Mrs Obiechina mentioned the names of three SARS men that subjected her to the horrendous torture and kept daring and cursing her to lose her pregnancy and they didn’t care about such excuses
She said her freedom came after her family paid the SARS N400,000 for bail after an initial N50,000 she said the SARS operatives stole from her husband.