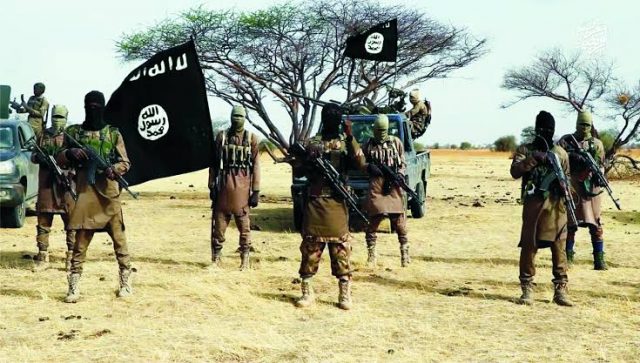 A United Arab Emirates (UAE) court has jailed an official of the Nigerian government, identified as Alhaji Ashiru for financing and sponsoring a terror group, Boko Haram.

The government official is said to reside in Nigeria and works as an undercover agent of the terrorists from where he facilitates funding especially provided by the other convicts most of who live in Dubai.

According to a Daily Trust exclusive report on Monday, two of the six convicts are to serve term for life while the rest four were handed 10 years hail term each.

The six convicts, all Nigerian nationals were sentenced in Abu Dhabi Federal Court of Appeal in the United Arab Emirates (UAE) for funding Boko Haram in 2019, according to Daily Trust.

The two jailed for life were Surajo Abubakar Muhammad and Saleh Yusuf Adamu, while the quartet including Ashiru, the government official, Ibrahim Ali Alhassan, AbdurRahman Ado Musa, Bashir Ali Yusuf, and Muhammad Ibrahim Isa are to serve in jail for 10 years.

The judgment handed down by the court held that: “all the accused were charged with funding a terror group (Boko Haram) by facilitating transfers of money from Dubai to Nigeria for alleged terror operations. Engaging in such an activity is a crime under Article 29, Clause 3 of UAE’s Federal Law No 7 of 2017 with regards to anti-terrorism law.”
It was revealed also that Boko Haram uses undercover agents to facilitate its funding, the agents are based in Nigeria.
Nigeria’s Attorney General and Minister of Justice, Abubakar Malami, said Nigeria is aware of the convictions and has written to the UAE to know who were involved.

“Nigerian government has written firstly for copies of the proceedings, which will give us the opportunity to see whether justice was done or not. And on whether they have committed the crime, we requested to know who and who are involved, so that the Nigerian government will know what to do next.

“Nigerian government is working but it doesn’t have the exclusive control, it has to rely on the information provided by UAE. So, it is not in control of the speed of response or action.

“We are working on both the issues that they did not receive a fair hearing and that they were alleged to have supported Boko Haram activities,” Malami said.

According to aid agency – Mercy Corps, Boko Haram was exploiting the poverty facing most small business owners from butchers and beauticians to tailors and traders, to get them to accept the loans in exchange for joining Boko Haram.