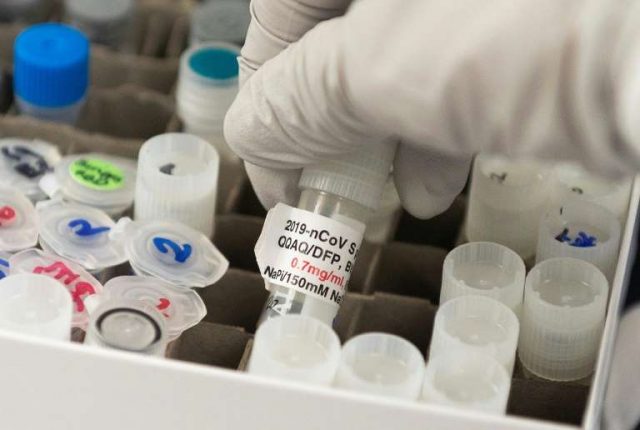 Brazil on Wednesday resumed the trials of a Chinese COVID-19 vaccine after halting them on Monday over a mysterious death. The reported “severe adverse event” was later said to be not related to the vaccine but likely a suicide.

Anvisa suspended the trial on Monday after the death of a volunteer in Sao Paulo was reported. Media described the case as a “severe adverse” case but broadcaster TV Cultura said on Tuesday that the death was a suicide.

A scheduled international shipment of Sinovac’s vaccine to Brazil at the end of the month is still being processed, a courier agent manager surnamed Yu who is in charge of the shipment told the Global Times on Wednesday. The vaccine package is intended for late-stage clinical trials in Sao Paulo, with about 150,000 to 160,000 doses involved.

“The suspension and resumption of clinical studies are common in clinical research. And a suspension does not necessarily mean that the product under investigation has an issue of quality, safety or efficacy,” Sinovac said, quoting Anvisa, in a response statement sent to the Global Times on Thursday.

“This event fully demonstrates that clinical research supervision by Anvisa is sensitive, timely and effective. We are also glad to see that clinical research of Coronavac ️is proved to be scientific and normative by Anvisa, National Commission on Ethics in Research, Data and Safety Monitoring Board (DSMB), the public and media,” said Sinovac.

It is unclear how the case triggered a sudden suspension of the trial but analysts suspect political involvement.

The Butantan Institute, a Sao Paulo-based sponsor of the trial, told the Global Times that it had sent notice of the volunteer’s death to Anvisa on November 6. “In conclusion, it was stated that the death was not related to the test vaccine,” said the statement sent by the Butantan Institute.

But Anvisa claimed to media that it did not receive the notice about the volunteer’s death until Monday, due to a “cyberattack,” media reported. “Clear, precise and complete documents need to be sent to us, which did not happen,” Anvisa’s director Antonio Barra Torres told a press conference on Tuesday.

Torres is reportedly a close ally of Brazilian President Jair Bolsonaro, who called the suspension of Chinese vaccine studies on Facebook “his next victory.” He was referring to victory over the governor of Sao Paulo state, Joao Doria, who is seen as Bolsonaro’s main political rival.

The leadership of Sao Paulo, where the Chinese vaccine is being tested, called the suspension of the study the result of a “domestic political war.” Brazilian health experts have warned that politicizing the vaccine will lead to the spread of misinformation.

Although some Western media originally reported the suspension, hinting at quality problems with the vaccine in headlines, netizens also saw politics in the incident, with some criticizing the president for sacrificing lives for his career ambition.

Chinese Ministry of Foreign Affairs spokesperson Wang Wenbin said at Wednesday’s daily press conference that he hopes people do not rush to hasty conclusions without knowing the situation.

In an earlier round in the political war, Bolsonaro made worldwide headlines by declaring that Brazil would not buy Chinese vaccines. After that, Anvisa authorized Butantan’s plan to import 6 million doses of Sinovac’s vaccine, which is undergoing final clinical trials in Sao Paulo.

The Brazilian president has a pro-US stance and there have been rumors that he would prioritize US vaccines. Chinese analysts said the influence of the US cannot be ruled out behind Brazil’s vaccine-centered farce.

Bolsonaro, having a close relationship with US President Donald Trump and a solid anti-China mindset, have been cooperating with the US to pressure China. The vaccine issue will not end easily and he is also likely to stir up trouble on other topics like 5G, Jiang Shixue, director of the Center for Latin American Studies at Shanghai University, told the Global Times on Wednesday.

Bolsonaro, similar to Trump, has a laissez-faire policy in fighting the epidemic. The US and Brazil rank in top and third in terms of infection numbers, according to data from Johns Hopkins University. Brazil recorded some 5.7 million infections as of Wednesday