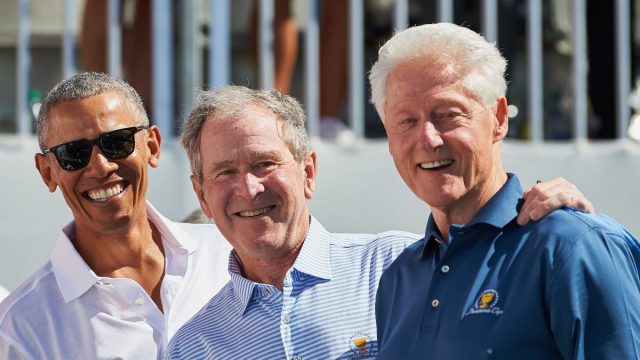 Former President Barack Obama has said that he might take a coronavirus vaccine on television in order to assuage fears surrounding the issue.

In an ABC and CNBC News Instagram posts also announced that apart from Obama, other past presidents – George Bush and Bill Clinton also volunteered to take the vaccination in front press cameras to encourage Americans to do the same.

He told Sirius XM’s “Urban View” that frontline workers, like those at grocery stores, should take the vaccine first, but “I promise you that when it’s then made for people who are less at risk, I will be taking it and I may end up taking it on TV or having it filmed just so that people know that I trust this science.”

He added: “And what I don’t trust is getting COVID … I think at this point, particularly in the African American community, we are — African Americans, Hispanics, Native Americans — we have the highest death rates from this thing and are the most exposed and the most vulnerable in part because we have a lot of pre-existing conditions.”

Posted to YouTube on Wednesday, the audio of Obama’s comments came after polling indicated significant numbers of Americans had reservations about taking a vaccine. His full interview is scheduled to air on Thursday.

The former president also expressed confidence in President-elect Biden’s administration to appoint strong advisers on the issue. He went on to praise Dr. Anthony Fauci, a top White House coronavirus adviser who has clashed with President Trump.

“People like Anthony Fauci, who I know, and I’ve worked with, I trust completely,” he said. “So if Anthony Fauci tells me this vaccine is safe, and can vaccinate, immunize you from getting COVID, absolutely I’m going to take it.”

Obama said he understood that some skepticism could arise from the way African Americans have been historically treated.

“I understand, historically, everything dating back all the way to the Tuskegee experiments and so forth, why the African-American community would have some skepticism,” he said. “But the fact of the matter is, is that vaccines are why we don’t have polio anymore. And they’re the reason why we don’t have a whole bunch of kids dying from measles and smallpox and diseases that used to decimate entire populations and communities.”

Moderna Inc. said Monday it was asking U.S. and European regulators to allow emergency use of its COVID-19 vaccine as new study results confirm the shots offer strong protection — intensifying the race to begin limited vaccinations as the coronavirus rampage worsens.

U.S. hospitals have been stretched to the limit as the nation has seen more than 160,000 new cases per day and more than 1,400 daily deaths. Since first emerging nearly a year ago in China, the virus has killed more than 1.4 million people worldwide.