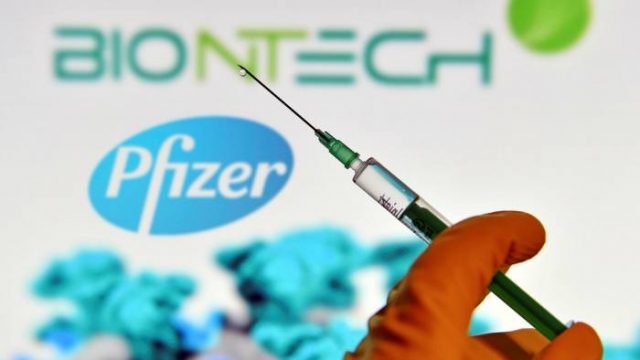 Pfizer has told the Trump administration it cannot provide substantial additional doses of its coronavirus vaccine until late June or July because other countries have rushed to buy up most of its supply, according to multiple individuals familiar with the situation.

That means the U.S. government may not be able to ramp up as rapidly as it had expected from the 100 million doses of the Pfizer vaccine that it purchased earlier this year, raising questions about whether it can keep to its aggressive schedule to vaccinate most Americans by late spring or early summer.Trump administration officials denied there would be availability issues in the second quarter, citing other vaccines in the pipeline — most immediately, Moderna’s, also expected to be approved in coming weeks. Both vaccines are two-dose regimens, so the 100 million doses purchased of each would cover 50 million people each. “I’m not concerned about our ability to buy vaccines to offer to all of the American public,” Gen. Paul Ostrowski, who oversees logistics for Operation Warp Speed, the government’s initiative to expedite vaccine development, said in an interview Monday. “It’s clear that Pfizer made plans with other countries. Many have been announced. We understand those pieces.”

But several officials knowledgeable about the contracts said that supplies from other companies may be insufficient to fill the gap.

Last summer, Pfizer officials had urged Operation Warp Speed to purchase 200 million doses, or enough of the two-shot regimen for 100 million people, according to people knowledgeable about the issue who spoke on the condition of anonymity because they weren’t authorized to discuss the situation. But the Warp Speed officials declined, opting instead for 100 million doses, they said. The New York Times first reported that federal officials passed on the opportunity when Pfizer offered to sell more doses.

“Anyone who wanted to sell us … without an [FDA] approval, hundreds of millions of doses back in July and August, was just not going to get the government’s money,” said a senior administration official.

It was only last weekend, with a Food and Drug Administration clearance expected any day, that federal officials reached back out to the company asking to buy another 100 million doses. By then, Pfizer said it had committed the supply elsewhere and suggested elevating the conversation to “a high level discussion,” said a person familiar with the talks.

The government had a different type of contract with Pfizer than with other companies involved with Operation Warp Speed. Pfizer was the only company that did not take government money for research and development, which meant U.S. officials have had less insight into its decisions than it does with the other companies, said a senior administration official familiar with the matter who spoke on the condition of anonymity.

The contract between the government and Pfizer stipulated that if Pfizer’s vaccine was successful and received authorization from the FDA, the U.S. government would purchase 100 million doses at a set price.

Pfizer spokeswoman Amy Rose declined to confirm any information about the company’s discussions with the government, and said that beyond the first 100 million doses the U.S. has already secured, a separate agreement would have to be negotiated. 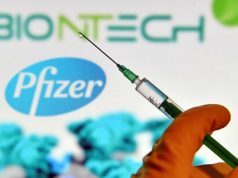