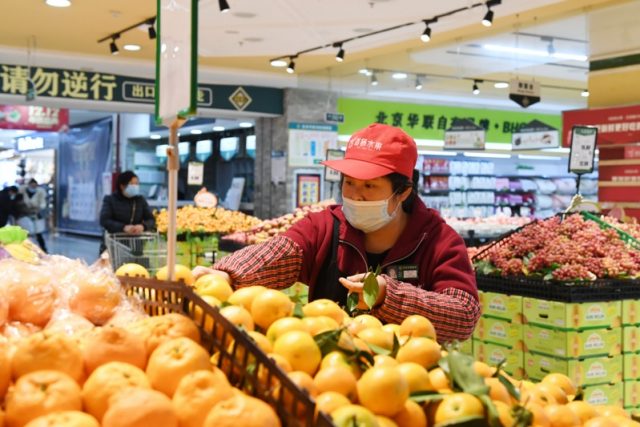 China released a blue paper on economic outlook for 2021 on Monday, saying the total retail sales of consumer goods are expected to grow 4 to 5 percent in 2021 on a yearly basis. Meanwhile, the Chinese Academy of Social Sciences estimates that China’s economic growth will be about 7.8 percent next year.
In 2021, China’s major economic indicators will continue to recover with the growth of products and industries expanding, and industrial and supply chains will be basically stable.
The blue book was jointly released by three research institutes under the Chinese Academy of Social Sciences and Social Sciences Academic Press.
It is expected total retail sales of consumer goods in the fourth quarter of 2020 will achieve a growth rate of around 3 percent year-on-year, and the annual consumption scale will be close to the level of the same period last year.
Deng Yu, senior analyst at Bank of Communications, is optimistic about consumption growth.
“It’s expected that the growth rate of consumption will rebound to around 13 percent year-on-year in 2021, and industries severely affected by the epidemic will recover significantly,” Deng told the Global Times on Monday
Li Xuesong, deputy director of the Institute of Industrial Economics of the Chinese Academy of Social Sciences, said that China’s economy will grow by around 7.8 percent year-on-year in 2021, due to the low base of economic growth this year and uncertainties at home and abroad.
“The forecasts for next year are quite different, with some institutes saying growth could be more than 10 percent. Our forecast for 2021 may be subject to adjustment due to unexpected changes in the epidemic next year,” Li added.
The COVID-19 pandemic accelerated the process of international economic structure adjustment. China has successfully controlled the epidemic, making it the first major economies to return to positive economic growth, which provided impetus and support for the global economic recovery, and also provided a solid foundation for the recovery of domestic consumption market, the blue paper reported.
The blue book points to a further recovery in Chinese economy in 2021. International organizations have recently raised their forecasts for global economic growth in 2021, with expectations for China’s economic performance significantly better than the global average.
The GDP growth forecast for China in 2021 is 8.2 percent, according to the International Monetary Fund. The World bank forecasts 6.9 percent and the Organization for Economic Cooperation and Development pegged its forecast at 6.8 percent for China’s growth.
“China’s economic growth will be significantly faster than that of the global economy. In particular, China’s economic growth will reach double digits in the first half of 2021, and China will continue to be the world’s leading economy,” said Deng.