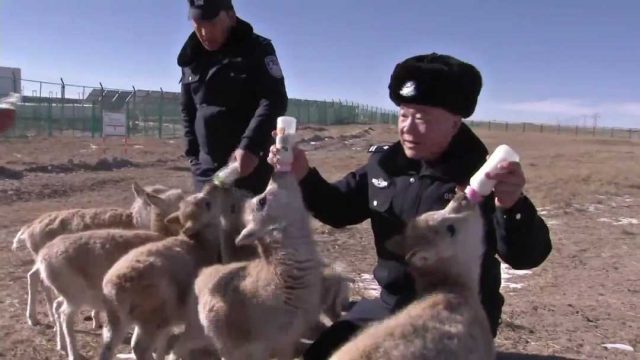 A “kindergarten” for Tibetan antelopes has been initiated at Suonandajie nature protection station of Sanjiangyuan National Park administration, northwest China’s Qinghai Province, where eight “baby” Tibetan antelopes rescued this year have been taken good care of by their “dads.”

Zhao added that “at that time, more than 30,000 Tibetan antelopes gave birth near Zonag Lake. In the process of migration back after giving birth, some of the weaker Tibetan antelope cubs were separated from the herd.”

Every year, tens of thousands of pregnant Tibetan antelopes come to Zonag Lake in Hoh Xil, which is known as the “delivery room” for the species, between the end of May and early June to give birth and then migrate back to their habitats with their offspring.

In order to enable the eight Tibetan antelope cubs to adapt to the environment and grow healthily, Deng Haiping and Dacai, members of the nature protection station, would first boil water in a large pot to boil and disinfect the nursing bottle thoroughly. After a series of strict procedures, milk for the baby Tibetan antelopes can be prepared.

“The newborn Tibetan antelopes are like kids. When they are just rescued, they have to be fed four to five times a day, sometimes even more often; however, now the time interval for their feeding can be extended,” Zhao introduced while bottle feeding the cubs.

Suonandajie nature protection station rescues more than 10 Tibetan antelope cubs every year. In the “kindergarten,” the rescued Tibetan antelopes would be fostered by the “dads” until half a year old. Afterwards, they would return to the wild state after being quarantined and finally be released back into nature.

The Tibetan antelope is under first-class state protection in China, as the population of the species declined sharply from 200,000 to no more than 20,000 due to illegal hunting in the 1980s. It has now recovered to 70,000 thanks to measures taken to improve its habitat and a ban on illegal hunting. 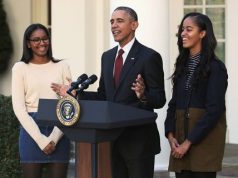