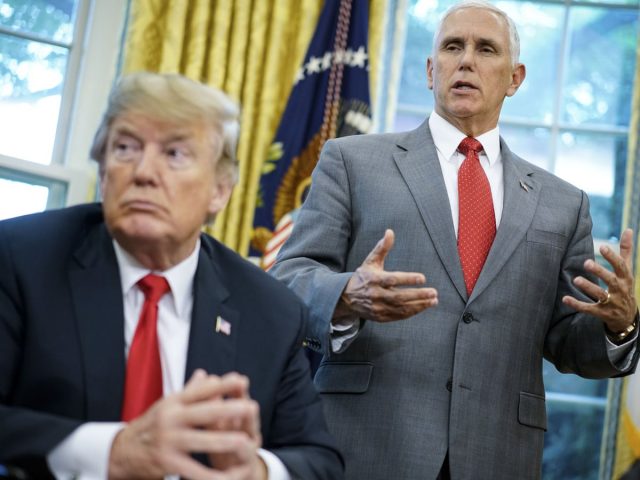 In President Donald Trump’s final days, he has presented similar honors to California Rep. Devin Nunes, one of his most vocal supporters during impeachment, and to three professional golfers.

To his vice president, Trump bestowed the label of coward.

The staunchly loyal Mike Pence was excoriated by Trump on Wednesday for his refusal to illegally intervene to prevent Congress from certifying the results for the presidential election that Trump lost.

“Mike Pence didn’t have the courage to do what should have been done to protect our Country and our Constitution,” Trump tweeted in a post that Twitter removed Wednesday evening.

“He’s blaming me for advice to VP,” Short told RealClearPolitics.

Pence has not spoken publicly about the rift.

But Sen. Jim Inhofe told the Tulsa World on Wednesday that he’s “never seen Pence as angry as he was today.”

The Oklahoma Republican told USA TODAY he talked to Pence about Trump’s rebuke. Pence, he said, was “very upset” with Trump.

Trump’s public denunciation of his vice president is unprecedented in the history of the modern vice presidency, according to scholars. And it comes after more than four years of Pence showing extreme deference to Trump, leading critics to deride him as an obsequious enabler of a volatile president.

“(Trump’s) turning on Pence is particularly striking given Vice President Pence’s loyalty to the president which some, myself included, would regard as having been excessive in the history of the office,” said vice presidential scholar Joel Goldstein.

The break adds to uncertainty about what’s in store for the remainder of Trump’s term, particularly in the aftermath of the violence that engulfed Washington on Wednesday when Trump supporters stormed the Capitol.

A person close to Pence who was not authorized to speak publicly said that while Pence’s team expected Trump to be upset, his behavior was “a shock to all of us.” The person said it’s “really unclear” how the dynamic between the president and vice president will work going forward.

While some speculated Trump might step down at the last minute so Pence could issue a pardon to him, that’s even less likely now, said Todd Belt, a presidential expert at George Washington University’s Graduate School of Political Management.

Calls have increased for Pence to replace Trump through the 25th Amendment, which includes a never-used mechanism for a vice president and a majority of the Cabinet to seize control from a president.

25th Amendment: Why it continues to be raised to remove Trump from power

Schumer said he and Pelosi tried to call Pence Thursday morning. But after being kept on hold for 25 minutes, an aide told them Pence would not come to the phone, Schumer said.

“We have not yet heard back from the Vice President,” they said in a joint statement Thursday night.

Pence’s office did not respond to a request for comment.