Fresh off his inauguration Wednesday, President Biden began his term with executive orders on measures ranging from curbing the coronavirus pandemic to addressing racial inequality, many of which roll back measures enacted by former President Donald Trump’s administration.

Biden signed an executive order requiring masks and social distancing in all federal buildings, on all federal lands and by all federal employees and contractors, according to his transition team. He’s also launching the “100 Days Masking Challenge,” asking people to wear a mask for up to 100 days to help contain the spread of the disease, which has claimed more than 400,000 lives in the U.S., according to data from Johns Hopkins University.

Another executive order will create a new position, the COVID-19 response coordinator, who will be tasked with coordinating the government’s response to the pandemic, including the vaccine rollout, and who will report directly to Biden

Biden also said he’ll rejoin the World Health Organization — reversing the Trump administration’s withdrawal from the international body last year — to coordinate the international response to the pandemic. Trump withdrew from WHO in September, claiming the organization “failed” in its response to COVID-19 and other health crises, though the order wasn’t slated to become effective until July 6, 2021. Dr. Anthony Fauci, the nation’s leading infectious disease expert, will attend a WHO executive board meeting this week, Biden’s team said, and will speak to the board as head of delegation on Jan. 21.

As a response to the economic hardship brought on by the pandemic, Biden’s team says he will ask the Centers for Disease Control and Prevention to extend the federal eviction ban, which is set to expire on Jan. 31, until March 31.

He’ll also ask the Department of Education to extend the pause on student loan payments until Sept. 30.

Biden signed a slew of executive orders aimed at undoing the Trump administration’s immigration policies, including an order to preserve the Deferred Action for Childhood Arrivals (DACA) program, which allows undocumented immigrants who were brought to the U.S. as children to stay in the country.

He also signed an order reversing the so-called Muslim ban, which prevented people from seven Muslim-majority countries from entering the U.S., and ordered that noncitizens be counted in the census, after the Trump administration sought to exclude them.

In another order addressing the previous administration, Biden signed an order allowing the Department of Homeland Security and other agencies to set immigration enforcement policies, a departure from an executive order from Trump that directed the DHS’s hotly criticized border response.

Biden signed an executive order to rescind the 1776 Commission, a somewhat controversial panel formed by the Trump administration apparently to challenge the New York Times’s Pulitzer Prize-winning 1619 Project, which was developed into a school curriculum about the origins of the slave trade. According to Biden’s transition team, the new president said the commission “sought to erase America’s history of racial injustice.”

Biden will also revoke Trump’s executive order limiting federal agencies from implementing diversity training. He also signed an executive order that defines equity as the “consistent and systematic fair, just and impartial treatment of all individuals,” according to the transition team.

The order will apparently jump-start a host of government initiatives, including a directive for every federal agency to review equity within its department and improve the delivery of government benefits.

Biden’s executive order will enable a number of climate change initiatives, including an order to direct all federal agencies and executive departments to “take appropriate action to address federal regulations and other executive actions taken during the last four years that were harmful to public health, damaging to the environment, unsupported by the best available science, or otherwise not in the national interest,” according to the transition team. 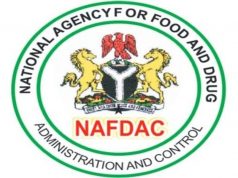 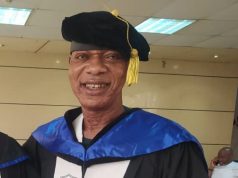 After 18 years, Nigeria-China Business Council has landmarks and longer road ahead -Uwaekwe