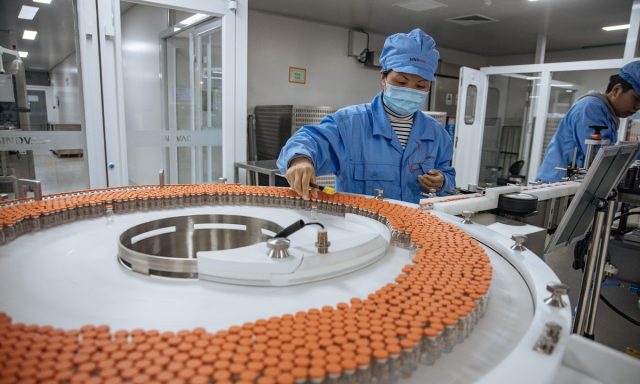 The African Union (AU) has secured another 400 million doses of the AstraZeneca COVID-19 vaccine, a regional health leader said on Thursday, in a push to immunize 60% of the continent’s population over three years.

As richer nations race ahead with mass immunisation campaigns, Africa is scrambling to obtain supplies for its 1.3 billion people. Only a handful of African nations have begun giving doses.

John Nkengasong, director of the AU’s disease control and prevention body, told an online briefing that in addition to 270 million doses previously secured, the bloc would get 400 million shots from the Serum Institute of India (SII) – all AstraZeneca/Oxford University shots.

The AstraZeneca vaccine is the cheapest option and one of the best-suited to African health systems as it does not require storage at ultra-low temperatures like the vaccine from Pfizer and German partner BioNTech.

Separately from the AU’s efforts, Africa is to receive about 600 million vaccine doses this year via the COVAX facility co-led by the World Health Organization (WHO).

Health authorities hope to vaccinate about 30-35% of Africans this year, rising to 60% in two to three years. The AU has said vaccines secured by its vaccine task team will be allocated according to population.

Though COVID-19 has not hit Africa as badly as some experts had feared it would, wealth disparities, logistical difficulties and “vaccine nationalism” by developed nations may put the world’s poorest continent at a disadvantage.

Africa has reported 3.5 million infections and 88,000 deaths, according to a Reuters tally. That is fewer fatalities than individual nations the United States, Brazil, India, Mexico and Britain.