Mr. Chibuike Amechi, the Nigerian Transportation Minister, the Abuja Chamber of Commerce and Industry and railway professionals have called for an urgent passage of railway bills before the National Assembly to open up the sector for private sector participation.

They spoke on Thursday at the Transport Sector Webinar Series organised by the Abuja Chamber of Commerce and Industry (ACCI) with the theme Assessing Railway Development in Nigeria and moderated by Olawale Rasheed, Policy Centre Director of ACCI.

Participants described the present legal framework as an impediment to rapid development of the sector.

The president of ACCI, Alhaji Abubakar Al-Mujtaba, in his opening remarks, appealed for new legislative framework to allow private sector to construct and run railways whike also seeking constitutional amendment to move railway from exclusive to concurrent list of the constitution.

While recommending diversification of railway financing by the Federal Government , he urged deliberate support for the development of Nigerian local railway Industry value chains, adding “We seek enhanced localisation in the implementation of the various railway projects. This will deepen local capacity development.

The Minister who sent in his keynote speech sought the passage by the National Assembly of the new railway Bills namely “the Nigerian Railway Authority and National Transport Commission Bills” to provide legal framework that will facilitate the participation of private sectors and to sustain the rehabilitated and modernized railway networks in the country and in the end, reducing the financial burden on Government towards railway development.

While listing progress already made in the revitalization of the railway sector, Amaechi stated that “the administration is focusing at bringing about a functional and industrial transportation backbone that would aid economic growth, leading to the high capital investment and social economic impact associated with railways.

“It is my considered opinion that Nigerians should be aware of this development and how the outcome of Government’s effort would positively impact on their livelihood”, assuring that the ministry has fully embraced Public-Private partnership as well as reform of legal, regulatory and institutional framework.

Banjo, a transport lawyer gave an overview of progress and challenges facing the sector, recommending continuous political will, conclusion of a national transport policy and the passage of railway bills within the legislature. The last speaker, Marcus Mukoro advocated for a national strategy to deploy diaspora railway resources to speed up Nigerian rail development.

The webinar was attended by 84 participants. 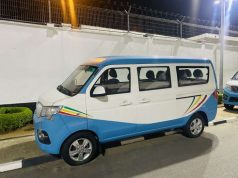 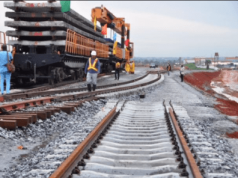