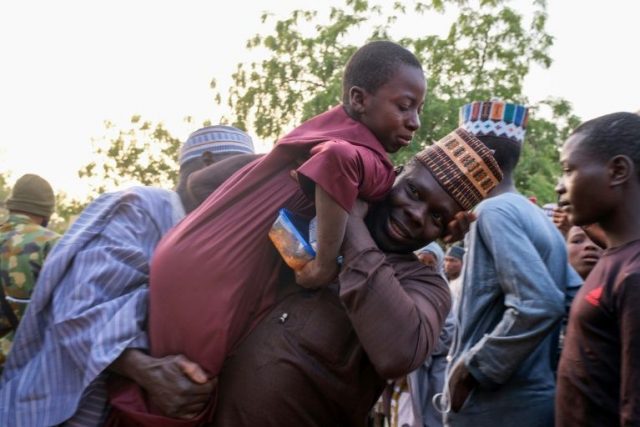 A Nigerian criminal gang leader behind the kidnapping of hundreds of schoolchildren in northwestern Katsina State in December has surrendered to authorities in an amnesty deal, officials said on Tuesday.

Auwalun Daudawa led dozens of gunmen who snatched students from their school hostels in the town of Kankara in a crime that sparked global outrage and highlighted growing instability in the country’s northwest.

The abductions happened when President Muhammadu Buhari was visiting his home state of Katsina. Some students managed to escape and officials said around 340 were freed days later after negotiations.

Daudawa surrendered to local officials on Monday with six of his gang members, the local government spokesman said in a statement.

“In a brief ceremony at the premises of the governor’s office…. Auwalun Daudawa handed over the weapons and also… swore with the Holy Quran not to revert to his old ways,” spokesman Zailani Bappa said.

Daudawa and his comrades surrendered 20 Kalashnikov rifles and other weapons and in exchange will not be prosecuted.

Northwestern Nigeria has been terrorised by criminal gangs who raid villages, steal cattle, kidnap for ransom and burn homes after looting supplies.

The gangs’ tactics include attacking travellers at bogus checkpoints on the highway and abducting them. Hostages are usually released after ransom payment.

“Dozens of other armed bandits inside the forests have started contacting me, indicating their willingness to cease hostilities on condition that they would not be harassed afterwards,” Daudawa told local media.

In some of the latest violence, 19 people were killed at the weekend when armed men raided two villages in northwest Kaduna state.

Most of the Kankara children were released after days in captivity following negotiations between the abductors and officials of Zamfara and Katsina states.

Bandits hide in camps in Rugu forest, which straddles Zamfara, Katsina, Kaduna and Niger states. Despite the deployment of troops in Zamfara and Katsina states deadly attacks persist.

The state government has sought instead to broker peace deals with the bandits, offering them amnesty in exchange for surrendering their arms.

Daudawa’s surrender was part of the amnesty offered to bandits, said the statement.

Security analysts have warned of infiltration of criminal gangs in the region by jihadists who are conducting a decade-long insurgency in the northeast.

Following the schoolboys’ abduction, Boko Haram leader Abubakar Shekau claimed responsibility in a video showing some of the children in a bush.

Security sources told AFP the abductions were carried out by Daudawa in collaboration with two bandits with a strong following, on the orders of Shekau.

Daudawa, 43, was an armed robber and a cattle rustler before he turned to gun-running, security sources said.

He began bringing in weapons from Libya, where he had received training from jihadists, selling them to bandits, the sources told AFP.

He forged an alliance with Boko Haram and became their gunrunner, taking weapons the group seizes from the Nigerian security forces in raids and ambushes and selling them to bandits. 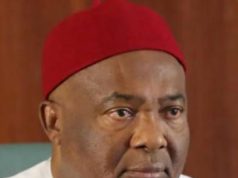 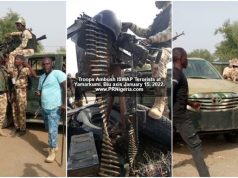