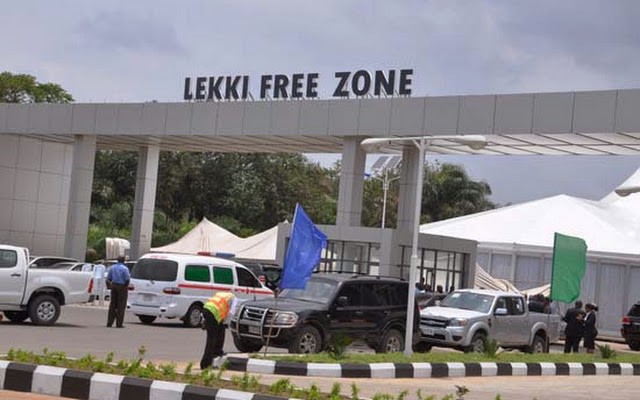 In the past 50 years in focus between Nigeria and China in diplomatic relations, there have been many landmarks that signpost the good relationship.

We zeroed in on just a few Chinese investments and companies that have made their impacts in the Nigerian economy where they created employment opportunities, groomed experts, facilitated industrialization, infrastructure provision and transferred skills and technology as they assist to deepen Nigeria’s human capital base.

The net worth of these organisations runs into billions of dollars, an awesome value addition to Nigeria’s economy.

It was established in 2006 by the Lagos State government in partnership with Chinese investment companies.

So far, in business capacity and diversity, it is the largest industrial region in Nigeria. It is within this facility that the world’s largest refinery owned by Aliko Dangote, Africa’s richest man and his fertilizer plant, the largest in Africa are located.

It also has provision for West Africa’s largest seaport, an international airport and many more that would collectively form the largest industrial cluster in Nigeria.

The refinery alone is said to be the largest in Africa and world’s largest single refining facility with capacity for 650,000 barrels for refining in a day. The budget for the project is some amazing USD12 billion with expected completion last year.

The fertilizer plant is another mega project worth USD2 billion and was commissioned in August 2020. It is another giant stride that made Aliko Dangote boast in March 2020 at the CBN, NNPC economic roundtable to discuss how Nigeria beats the downturn of the global pandemic that Nigeria had already become Africa’s largest exporter of fertilizer and will soon share same reputation in refined petroleum export. All the Dangote interests are in the zone known as the South East Quadrant.

The Chinese interests are so overwhelming with 60% equity share and concentrated mainly in the South West Quadrant consisting of mainly power, heavy industry and construction concerns.

The zone is owned 60 percent by the joint venture of a Chinese consortium – China-Africa Lekki Investment Co. Ltd (CALIC) the Lagos State Government with 20 percent and its sub-entity, Lekki Worldwide Investment Ltd with equity share of 20 percent also. The Chinese consortium CALIC is an investment holding company registered in China solely for the purpose of investing in the Lekki FTZ. CALIC consists of CRCC with 35 percent shareholding, China-Africa Development Fund (CADF) with 20 percent, Nanjing Jiangying Economic and Technology Development Corporation (NJETDC), 15 percent, Nanjing Beyond Investments Limited (NBIL) 15 percent and the China Civil Engineering Construction Corporation Ltd (CCECC) that also has 15 percent of the investment.

Some of the other Chinese major players in the Zone include Sinotruck, a truck assembly plant with head office in Jinan, Shandong Province of China, Zhi Jiang, a construction company, Datang, a furniture company, Huachang Steel and Engineering, Yulong Steel, Jinagsu Geology and Engineering, Henan FZE, H&Y, ZCC Construction and many more.

In March 2017, the consortium held an investment forum that featured all the Chinese interest groups and the Lagos State government and many others.

In attendance was the Chinese Ambassador to Nigeria then, Dr. Zhou Pingjian, the Consul General in Lagos and ACE was also in attendance during which some ready facilities, including the Sinotruck assembly line was inspected.

With the volume of investment there, the LFTZ is a single largest investment volume in Nigeria running into billions of dollars owned by Chinese business interests.

The Lagos government in a document wrote that: “The model of the Zone, based on China’s success story, has seen the formation of free trade zones across the country, with the biggest and most crucial one located adjacently to the country’s commercial capital, Lagos.

Chinese interest has been particularly strong so far, but the zone’s authorities are keen to attract investors from all over the world.

Investment opportunities in the LFTZ are in 19 broad areas including manufacturing, Real Estate

The LFTZ has capacity for 180m market size, sits on 3,000 hectares of investment space, spanning into 19 investment sectors, 116 enterprises and with at least 650,000 direct job opportunities.

The target objectives include: To stimulate the Nigerian economy; To attract local and foreign investments; To create a global economic haven; To diversify the Lagos State’s revenue base

To create and encourage integration with foreign partners; To ensure effective exploration of the country’s abundant resources; To create wealth for the citizens and to generate employment opportunities and skills acquisition.