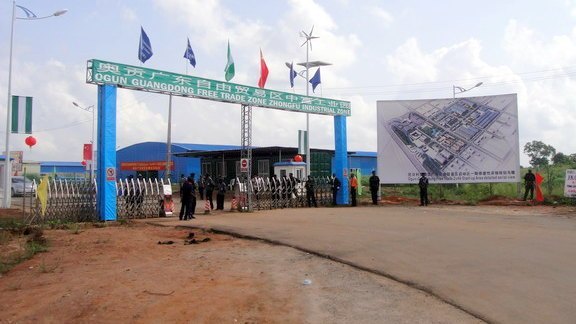 As at the year 2020, the number of Chinese owned companies registered to operate at the Free Trade Zone were 56. Of this number, 30 are fully operational while the rest 26 are either under construction or yet to commence.

But the FTZ has been one of the major engines that drive the China Nigeria economic cooperation. It is a success story that remains an example for others among the 32 registered FTZ in Nigeria, 18 of which are yet to commence operation and another eight just recently added to the number.

It came into operation in 2008 at a time China rolled out eight of such in other countries of Africa as part of the implementations of the FOCAC objectives.

This was a sequel to the FOCAC summit of 2006 in Beijing that targeted the promotion of China-Africa economic and Trade cooperation.

Commenting on the FTZ at an event in 2019 for the 10 years of the FTZ, the Ogun State governor, Dapo Abiodun clarified concerning the benefits that the“Free Trade Zone (FTZ) is a veritable platform to help boost economic development of any Nation. Its benefits are not limited to reducing the fiscal intervention and leveling borders between nations but also increasing commercial flow; deferral, reduction or duty exemption; improved compliance; inventory tracking; quality control and indefinite storage. No doubt, the Free Trade Zones have continued to develop commerce and industrialization in our dear State.”

The FTZ in 2019 celebrated its 10 years of operation and counted the benefits so far.

According to a Xinhua report of the anniversary the Nigerian Vice President, Yemi Osinbajo through his representative, Adeniyi Adebayo at the event noted that: “The Ogun-Guangdong Free Trade Zone demonstrates what special economic zones can do to help Nigeria realize its industrial potential.”

He said the zone generates an average output value of over USD234 million per annum and has exceeded USD2 billion in total investment with over 6,000 people from the local community directly employed.

Osinbajo believes that the Ogun-Guangdong FTZ will help Nigeria to achieve the goals of manufacturing and development, and further strengthen bilateral economic and trade cooperation.

The Vice President noted also that “Nigeria’s efforts at growing the economy through export manufacturing by adopting the Chinese Free Trade Zone model is yielding tremendous result. If well harnessed, free trade zones could become a means of attracting the much craved Foreign Direct Investment, FDI into the country and also a means of boosting the revenue base of the nation.”
The core objective of free trade zone worldwide generally is to stimulate economic growth through its unique platforms designed to attract foreign direct investors, generate employment opportunities and build human capacity for the optimum benefit of the host country.”

This FTZ is jointly owned by the Ogun State government and a Chinese consortium made of the Guangdong Xinguang International Group and China-Africa Investment Ltd.

It remains one of the major interpretations of the resolve of China to deepen vigorous economic cooperation in the past 50 years.