China has maintained its pole position of the world’s largest manufacturer for 11 years in a row, with its value-added industrial output increasing from 23.5 trillion yuan (about $3.63 trillion) to 31.3 trillion yuan during the past five years, said Xiao Yaqing, minister of the Ministry of Industry and Information Technology (MIIT).

The country has achieved obvious progress in developing itself into a manufacturing power and a cyber power, and all major tasks have been completed as scheduled, Xiao noted.

During the 13th Five-Year Plan period (2016-2020), the average growth rate of the value-added output from China’s high-tech manufacturing sector reached 10.4 percent, 4.9 percentage points higher than that of the overall industrial output. The value-added industrial output of information transmission and software and information technology service industries also soared from around 1.8 trillion yuan to 3.8 trillion yuan.

The country has made great strides in innovation capability, information infrastructure construction, digitalization-industrialization integration, and green and low-carbon industrial development.

From 2016 to 2019, the total R&D investment of enterprises above designated size went up by 27.7 percent. As of the end of 2020, household penetration of fixed broadband in China reached 96 percent, while the mobile broadband penetration rate stood at 108 percent.

As of the end of last year, digital design tools had been available in 73 percent of major enterprises in key industries of China, 11 percentage points higher from 2015. Besides, energy consumption per unit of added value for large-scale industrial enterprises dropped 16 percent in the past five years.

Traditional industries accelerated the progress of upgrading and transformation from 2016 to 2020. The country completed its goal of cutting 150 million tonnes of iron and steel production two years in advance, and has preliminarily finished the building of a green manufacturing system by setting up 2,121 green factories, 171 green industrial parks, and 189 green supply chain enterprises.

The country maintained its position as the world’s largest producer and seller of new energy vehicles for six straight years. Last year, the value added of high-tech manufacturing and equipment manufacturing sectors accounted for 15.1 percent and 33.7 percent of that created by industries above designated size, making the two sectors a major force driving industrial restructuring.

The innovation capability of China has been significantly enhanced, with a batch of key technologies and products achieving major breakthroughs.

During the past five years, China established 17 national manufacturing innovation centers. The country’s aerospace equipment technology has been obviously increased, and its deep-sea engineering equipment and high-tech vessel technologies also experienced rapid development. China is one of the first-tier countries that hold the most number of patents in major AI areas, including facial recognition.

Besides, solid steps of 5G commercialization have been made in China. By the end of the last year, the country has opened 718,000 5G base stations that connected over 200 million 5G terminals. The average household dataflow under 5G mobile network was 50 percent higher than that under the 4G mobile network, and the unit price of 5G services has been reduced by 46 percent in the past two years.

Apart from building the world’s largest 5G network, China also established the largest optical and 4G networks of the globe during the past five years. Over 100 million households were connected to gigabit optical network. So far, 99.9 percent of incorporated villages have been covered by 4G and optical networks. Since 2016, the average price of fixed broadband and mobile data services has plunged by more than 95 percent. 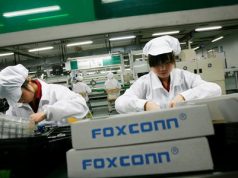 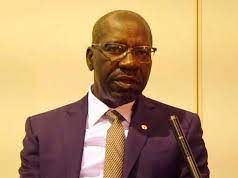