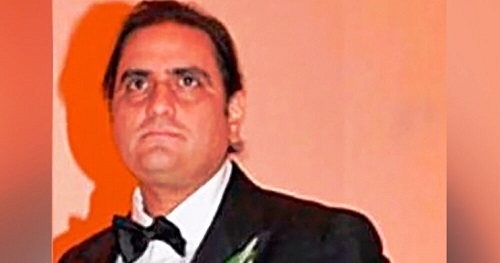 In the past nine months, the state of Cape Verde has not come up with any convincing reason in law to detain Venezuelan diplomat, Alex Saab whom the country granted valid entry visa only to intercept him at arrival.

As the lawlessness continues uncorrected, the state has even compounded the matter by disobeying court orders of the ECOWAS region for his release.

In this entire drama where Cape Verde seems to be dancing to a tune played by another entity in Washington DC, the West African country has not for once counted the damage to her image in the whole saga.

But the worst scenario in this ugly drama is that Saab’s matter needs and calls for the timely intervention of the African Union (AU).

It should be an AU matter because Saab is a serving alternate Permanent Representative of Venezuela at the AU. By implication, he serves as a senior diplomat in Africa and such treatment on him implies direct disrespect for Africa by the US that stepped into the matter in a manner that unambiguously suggests Cape Verde is doing her bidding in the illegal arrest and detention.

The intransigence is becoming so unhealthy that the ambassador’s wife, Camilia Fabri had to complain to the African Bar Association that later mandated its human rights department to investigate the circumstances.

To be candid, the findings have not been dignifying on the side of the detaining country.

What Cape Verde hasn’t really explained is why Alex Saab, the diplomat became a subject of accusations and law violations in negation of his rights to inviolability and diplomatic immunity drawing from the provisions of the Vienna Convention on Diplomatic Relations, 1961.

Under the rules of customary international law, a diplomat is immune to arrest in the course of his or her duties and Saab was in transit to Iran on a mission when he flew into Cape Verde.

The African Bar Association investigation revealed that “Ambassador Saab enjoys immunity and inviolability due to his status as a Special Envoy of Venezuela. He was carrying documents which identified him as such as well as the purpose of his humanitarian Special Mission to Iran. This evidence has been deliberately ignored by Cape Verde as it has bent over backwards to accommodate the external interests.”

Beyond Cape Verde ignoring her obligation to honour the  diplomatic immunity rules as a signatory to the treaty, the country further violated the ECOWAS Protocol, the African Charter on Human and People’s Rights and in addition the United Nations Charter.

To compound the case, even a court order to release Saab hasn’t been of any consequence to make the country bulge from her lawless stance.

It is no wonder that the African Bar Association recommended immediate compliance with the laws and the release of Saab.

The body says that “unless the Cape Verdean authorities are immediately called to order and pursue the path of the rule of law and respect for the Geneva Convention, the ECOWAS region and the AU will soon be thrown into crisis of monumental proportion which may turn the Sub-region and the Continent into a laughing stock with dire consequences for our Diplomats and their Diplomatic Immunity.”

Ambassador Saab in his capacity as Special Envoy of Venezuela was traveling from Caracas to Tehran on June 12, 2020. His plane made a technical refueling  stop in the Cape Verde during which he was unlawfully detained.

The game started getting clearer when US hurriedly applied to Cape Verde for the extradition of Saab to the country for prosecution on grounds of violations of US laws, a position his lawyers are challenging in the US court already.

Even after the ECOWAS Court of Justice of December 2, 2020 ordered the immediate suspension of the extradition pending the decision of the matter on merits,  Saab’s release intohouse arrest, and denial of access to medical care as a cancer patient are unfortunately still in force by Cape Verde, a clear sign of her deliberate decision to scorn the law and due process.

African Bar Association while addressing a team of international press in Lagos lamented that “the actions of Cape Verde violate the core principles of international law codified in Article 2 par. 1 of the Charter of the United Nations, namely, to protect and preserve the principle of sovereign equality among States.

“Saab was legally admitted to the territory of Cape Verde — he was made to purchase a visa on arrival when he was detained. Having entered Cape Verde legally, he can only be expelled from it by virtue of a decision taken in accordance with the law.”

It is the view of the African Bar Association that the administrative and judicial decisions taken by Cape Verde to extradite him to the USA to face criminal charges are neither in compliance with the provisions of the African Charter on Human and Peoples Rights nor with customary international law.

Even the Red Notice the US and Cape Verde allege was issued on Saab have been found to have come after his detention, a very unlawful and underhand method of retroactive application of a rule to manacle the rights of the diplomat at all costs.

The greater danger in this act of lawlessness and brigandage is that the bad reputation would with time rub off on the ECOWAS region its court order for Saab’s release has been made nonsense of and in the long run on the reputation of the entire AU where Saab serves at the alternate permanent representative of Venezuela. With such position, Saab’s rights should not be violated in the entire Africa where he is duly assigned as a high ranking diplomat.

The actions of Cape Verde are brought into sharper focus by the fact that Ambassador Saab was appointed as an Alternate Permanent Representative of Venezuela to the African Union on  December 24, 2020.

Therefore, he is doubly protected by international law bothin his capacity as a Venezuelan Special Envoy, and as Venezuela’s Deputy Permanent Representative to the African Union. Such dual accreditation is possible and even necessary in practice for many states, given the contemporary intensification of multilateral relations. 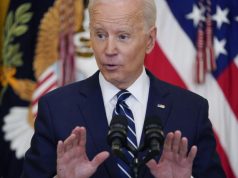 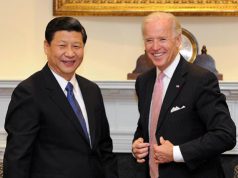