Climate change is not a problem for one or two countries, but a defining global issue that requires the joint actions of all human society without delay.

Doing so will also bring opportunities for broader global cooperation, which is desperately needed at a time when the world is facing the threats of growing anti-globalization sentiment, populism, unilateralism and protectionism. While addressing the Leaders Summit on Climate via video link from Beijing on Thursday, Chinese President Xi Jinping made a six-point proposal on building a community of life for man and nature, including green development, systemic governance, and the principle of common but differentiated responsibilities.

The proposal reflects China’s pursuit of fostering a new man-nature relationship where they can both prosper and live in harmony. As the world’s largest developing country, China has attached high priority to dealing with climate change. In September last year, China announced that it would peak carbon dioxide emissions before 2030 and achieve carbon neutrality before 2060. Achieving these goals will require extraordinarily hard efforts, but China is determined to take concrete actions to fulfill its commitment.

In the meantime, developed countries should make concrete efforts to help developing countries strengthen their capacity for and resilience against climate change, and refrain from creating green trade barriers. As many other pressing tasks are waiting to be undertaken by the international community that is wrestling with COVID-19, joint efforts on decarbonization could be a good start. China looks forward to working with the international community, including the United States, to jointly advance global environmental governance.

Recently, China and the United States issued a joint statement, vowing to cooperate with each other and with other countries to tackle the climate crisis. The two countries once conducted fruitful cooperation in response to climate change. As the previous U.S. administration took a big step back in its climate actions, it is time for Washington to fill in the gap created over the last four years and reassure the world that it is serious about climate change.

Countries must join hands to tackle climate change rather than point fingers at each other. Climate change should not be a geopolitical bargaining chip, a tool for attacking other countries, or an excuse for trade barriers. No country should expect others to offer their support in bilateral and global affairs if it blatantly interferes in others’ domestic issues and undermines their interests. As long as countries unite in their purposes and efforts, and work together with solidarity and mutual assistance, the world will rise above the global climate and environmental challenges and leave behind a clean and beautiful world for future generations. 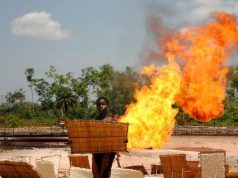 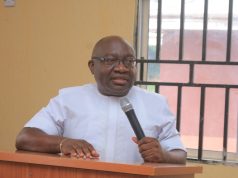 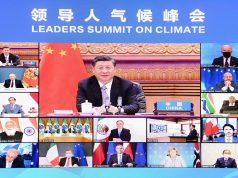