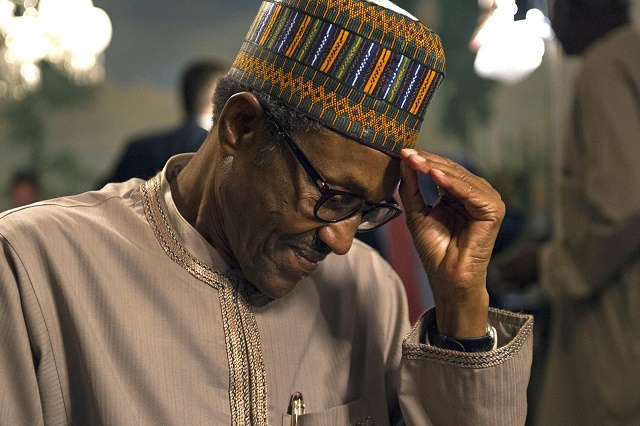 A Nigerian pressure group that targets economic prudence and anti-corruption works, BudgIT has released a state from its research findings that in the 2021, capital budget approvals are fraud ridden.

The group in the statement said an alarming 316 capital projects were duplicated and all of them are worth N39.5 billion all already allocated money.

As already known that the budget is passed, that implies President Muhammadu Buhari approved the duplicated projects for execution and okayed by the National Assembly.

The report by BudgIT was released on Tuesday

Apart from the duplicity, the report explained how government agencies have billions of naira earmarked as security votes – a fund usually given to state governments by the government to equip the security arms.

“Our analysis of the #2021Budget reveals over 316 duplicated capital projects totaling N39.5bn, among other loopholes for corruption,” BudgIT said in the report.

BudgIT revealed further that its investigation proves that there was no form of audit whatsoever in the records of the N10.02tn received by the security sector between 2015 and 2021.

BudgIT regreted that that the non-audit of security funds happened as a precedent for the increasing insecurity in many parts of Nigeria.

“2021 has been a horrifying year for Nigerians concerning security – as the country combats mutating forms of crime and terror – across all its 36 states. This is despite allocating over N10.02tn to security between 2015 and 2021,” BudgIT said in the analysis of the report to be published later on Tuesday, May 4.

“Increased resources allocated to the security sector means that less money is available to develop other sectors; thus, there is a need for more scrutiny of how these allocations are budgeted and spent. ”

According to the group, many non-security-related government agencies now request and receive allocations for “Security Votes”, an opaque feature of the Nigerian security ecosystem devoid of accountability.

For instance, in the current budget under scrutiny,  the report indicated that 117 federal agencies received allocations for “Security Votes” worth N24.3bn, but worst of all, almost all the frivolous security votes were duplicated by agencies that already got such unjustified approval.

We “observed that the little budgetary allocation provided to other sectors are plagued with various loopholes for leakages and theft of public funds.

“Our investigations into the 2021 budget revealed at least 316 duplicated capital projects worth N39.5bn, with 115 of those duplicate projects occurring in the Ministry of Health.

Another disheartening doscovery is that government agencies in this government receive allocations for capital projects they cannot execute.

“For example, the National Agriculture Seed Council has an allocation for N400m to construct solar street lights across all six geopolitical zones while the Federal College of Forestry in Ibadan, Oyo State, got N50m for the construction of street lights in Edo State. These are aberrations that need to be corrected,” BudgIT said.

“Nigeria is already haunted by a staggering N3.31tn debt servicing burden which will wipe out nearly 41.63% of the projected N7.99tn 2021 revenue.”

The group urged the Nigerian government and National Assembly to maximize the little public funds left by blocking the leakages it has identified.