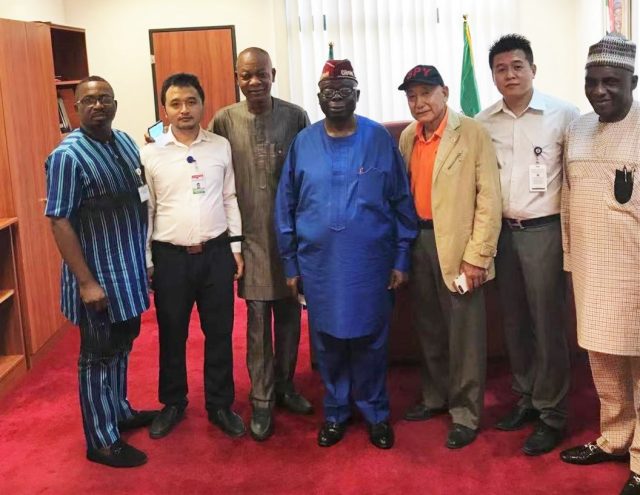 The spate of insecurity in the country has become a major concern to all agencies and organs of the society that the calls for improvement are on the rise.

This week, the Nigeria China Business Council (NCBC) took a hard look at the situation and lamented that it has become major disincentive to business and economic growth of the country.

To add its idea to solving the challenge, the NCBC led by its Chief Executive and National Coordinator, Dr. Matthew Uwaekwe paid visits to major security agencies in Abuja to give its opinion on what should be done.

Uwaekwe and his team praised the security agencies for being firm in making sure the situation hasn’t degenerated beyond what it is.

They also challenged the agencies to do much more, especially in deploying the advantage of technology.

He argued that since the criminals troubling countries have adopted modern technology gadgets, the agencies combating their threats need to also up their game and ensure that they remain ahead.

The team also reminded the security agencies that businesses in Nigeria need to be protected as their vulnerability would plunge the country into worse crisis in economic hardship.

Uwaekwe, for instance recalled that many businesses of Chinese investors in Nigeria together with themselves have been victims of the insecurity ravaging Nigeria.

They asked for better protection of even Chinese nationals in Nigeria, just like other people as some of them have been victims and need to be safe in the country they have been key players in the advancement of the economy through their investments.

The group also tasked the security system to adopt modern and efficient gadgets to make securing the country easier and more effective.

In this regard, Mr.Zhang Yiyun, the Chief Executive of Hytera Communications Corporation Limited, a Chinese company that is the second world’s security equipment manufacturer for 32 years pledged a firm support for the country.

He said a collaboration between Hytera and the government would create

formidable plan and strategy to overcome the challenges.

He said in the past, Nigeria security system in their various organs have enjoyed the use of Hytera gadgets and would therefore want the Nigeria Police to adopt the gadgets and recommend that they be deployed to schools, public offices, institutions, markets and more so that the communication between their agents on the field and other bodies with the security system would improve greatly and reduce incidents of attacks and abductions.

Zhang said Nigeria should do more to stop the incidents of kidnap of school children, which is a trend he said would crumble the education system and leave the country with the worst consequences.

To check this spate, he said the use of Hytera equipment in schools would be most appropriate and effective.

Hytera Communications and DIG, Habila Joshak (rt), the security adviser of the NCBC.

The team said it had good and rewarding discussions with all the agencies on how to overcome the security challenges.